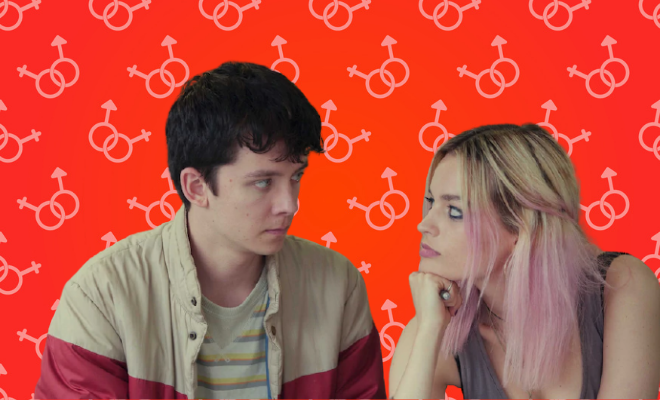 People Reveal The Stupid Things They Were Told In Sex Education Class. Mainly That Sex Is Bad

At 16, did you even know the existence of the clitoris? Most of us had no idea what that thing was and what it did. Why? Because the abstinence-based sex education we got had no interest in a part of the female anatomy that is only meant for pleasure. A lot of us cannot orgasm without clitoral stimulation and systematically omitting it from sex-ed makes it clear – they don’t support female pleasure. Abstinence-based sex education is one laced with conservatism that brainwashes young minds to “save themselves” for marriage.

Young minds are scarred as they receive their most initial knowledge about sex and their bodies through people who consider pre-marital sex to be a crime. Girls are compared to used chewing gum, tapes, and a licked cupcake to demonstrate that once we have sex with someone no guy would want us.

Scientific facts are twisted just to instill a fear of pre-marital sex in the minds of young adolescents. Foreplay is obviously not taught, contraception is dismissed to be ineffective, STDs made to look like magical creatures that can seep through condoms too, and consent is never spoken of. Your bodily autonomy is a concept they don’t get as they try to convince you that it belongs to your future husband and God. It’s not yours.

It’s so disturbing, the kind of things these kids learn – objectification, violation of consent, shame, etc. So when someone asked on Reddit what people learnt in abstinence-based sex education that was utter shit, the thread was flooded with comments. These are outrageous!

“Hugging a boy will get you pregnant,” a woman wrote. Another woman added, “If a man ejaculates on or near your body the sperm will swim around and find your vagina and you will get pregnant.” A woman also commented saying that they were told even holding hands could get you pregnant! Oh boy, how many of us have felt the paranoia after missing our period? Oh, no, I didn’t have sex but teacher said kissing gets you pregnant. The number of such queries you see online is shockingly huge. Actually, the kind of abstinence-based sex education we are getting, it’s not so shocking.

They scare you so bad that you’d be afraid to even think of having sex. “No method of birth control is reliable (including oral sex and body rubbing),” a person wrote. Another one revealed the lame way they were told how condoms don’t work. “They did this to us except they gave 6 students a piece of chocolate and said one was laxative. Told us “1 in 6 condoms doesn’t work.” Then later they revealed there was no laxative and they just wanted us to think about it.”

A person who has sex before marriage is spoiled goods

More than boys, girls were made to feel like shit if they were considering having sex in abstinence-based sex education class. “Having sex with 1 person is like having sex with 100 people,” a person explained. “That every time I (a girl) had sex I was giving away a part of my soul. So each sex partner whittled away bits of my soul. If I had sex before marriage my god-given husband would only get a tiny scrap instead of a full half and thus wouldn’t be able to love me as much as he would if I’d waited? Honestly it’s pretty confusing. This was taught in my Christian private school,” another woman revealed. So if you are not a virgin, you’re husband is just getting crappy scraps of your soul?

“Ours was a piece of tape. And they stuck it to a few guys and pulled it off and then said ‘now whose going to want this tape now?'” a person wrote. Another one revealed, “The instructor gave all the boys in the class chewing gum and let them chew on it for a few minutes. Then she asked them if any of them wanted to share. Of course none did. Then she asked if they didn’t want to share gum, why would they want to share sex partners? This was in a co-ed class so all the girls in the class got to see too.” Chewing gum? Tape? Nice, shame girls who are sexually active.

Apparently, people in the LGBTQ+ community are kidding themselves. “Being gay is just a phase,” someone revealed they were told in abstinence-based sex education. “If a gay man and a lesbian woman have a baby the baby will be trans,” someone added. Erm, what? And then this one defied science and logic like no other, “They asked where AIDS comes from and how to avoid it. And this lady, in the year of our Lord 2010, responds, ‘AIDS is caused by homosexuals. That’s it!'” Beautiful.

“If you are willing to make out with someone, you’ll end up having sex with them because you pass the point of no return on the mountain climb to sex,” a person wrote. It is no mountain climb and we can withdraw consent anytime we want. What are these things people are being taught about consent?

Pleasure is for men

“Was told that only men have orgasms not women. I feel pretty bad for the lady teacher that told us that,” a woman wrote. “I was given a diagram of the female anatomy in which the clitoris had been erased– as in someone went into MS paint and whited it out on a line drawing of the exterior of the vulva. The urethra, vagina, labia, anus were labelled, and then at the top of the labia, it was whited out,” another woman added. So they just erase female pleasure out of abstinence-based sex education? Would they have done Female Genital Mutilation if they could? Yikes.

Pre-marital sex and Abortion are sins

“The teacher said that you can only really love one sexual partner and that’s why it’s so important that your spouse be your first and only partner. One of my classmates raised her hand and said, “My mom died when I was a baby and my dad’s been married to my stepmom for ten years. Does that mean he only loves one of them?” The teacher just looked uncomfortable and moved on to how premarital sex causes depression,” a user shared.

Another user’s teacher had all sort of nonsense being imparted under the guise of sex education. “A history teacher who told us that sex before marriage is a sin because every time you have sex you get pregnant and if a kid is born outside of wedlock they are going to hell and we will also go to hell for damning the baby’s soul before it’s even born. She said condoms and any other birth control is an insult to god and a way for athiests to try and outsmart him,” they wrote.

“They also talked about the evils of abortion, and brought in a bunch of women to tell us about how getting an abortion was the biggest regret and how it destroyed their life. Not biased at all,” another person added. This is disgusting!

It’s funny how they expect you to learn foreplay on your own. How do you get to sex without foreplay? “My church based sex ed claimed that foreplay involved things like reciting poetry to one another or playing the violin together,” a user wrote. They added,” I guess their plan was for us to be so bad at foreplay we’d never have sex.” Ah, now I get it!

ALSO READ: Study Says Many Women Don’t Know Where Their Vagina Is. So Sex Education Sucks Globally And Not Just In India?

Women must apologise for being raped

This is by far the most disgusting! “‘The female body has ways to reject the penis if she does not want it. She can do so by squeezing it out with her lower muscles.’ Sir that’s called a kegel, it doesn’t work that way and dudes tend to love it. This dude was OLD, so old he set up a fucking reel and tape to show us some weird ass 1950’s video about a lil girl getting sexually harassed/assaulted in a bathroom by her older brother and “what to do about it”. This was in the early 2000’s. That was the weirdest freaking sex ed class I ever had. Worst part was that was the very first one, in 5th grade,” a user explained. That’s abstinence-based sex education for you!

ALSO READ: Netizens Open Up About Things They Wish Were Talked About In Sex Education Class