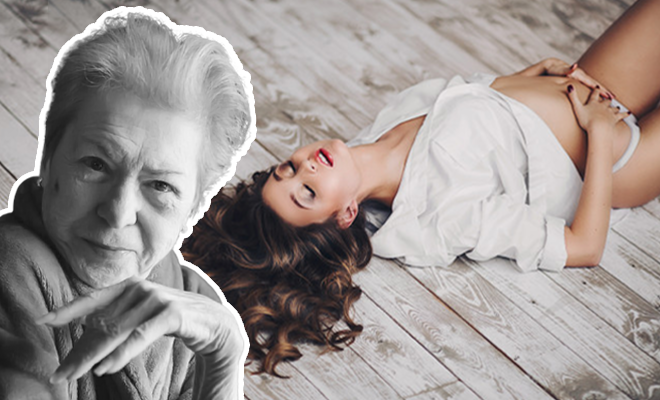 Advocate Of Women’s DIY Orgasms, Betty Dodson’s Sex-Positiveness Was At The Heart Of The Feminist Movement

“Better orgasms. Better world,” has been Betty Dodson’s mantra all through her life. A feminist sexologist has been recommending and teaching self-pleasure to generations of women before passing away at 91 on Saturday in a nursing home. She passed away due to cirrhosis.

However, till her last days, she was actively promoting DIY orgasms. Betty Dodson used to say that women need to take charge of their own orgasms, so they don’t have to rely on men for pleasure. Women are financially independent today, we are sustaining a household all by ourselves, raising kids single-handedly and yet when it comes to pleasure, heterosexual women have been reliant on men. But Betty Dodson believed when a woman took charge of her own pleasure, she wouldn’t put up with the patriarchal bullshit just for the sake of sexual desires.

A second-wave feminist, Betty Dodson hosted these group workshops in her Manhattan apartment. Women felt comfortable and relaxed with their bodies as they got naked and sat in a circle with some candles in the center. The workshop would begin with women showing and talking about their genitals – the reason being so women could understand that vulvas come in all shapes and sizes and types. It aimed at making women feel comfortable with their genitals. “We’re here to heal body shame, overcome sexual guilt and experience true sisterhood,” read her class description.

In her orgasm workshop, they discussed sex from an emotional and mental perspective as participants were asked how they felt about their bodies and orgasms. Women shared about their sex drives in comparison with their partners and of course, most of us struggle with these things. The workshop would then proceed to promote clitoral orgasms and women would really come in that class, in an explosive manner.

Betty Dodson has done a lot of good for women and it is not just in terms of orgasms. Sexual liberation in fact is at the center of the feminist movement and she has in that empowered women to fuck the patriarchy.

Gloria Steinem, a co-founder of Ms. Magazine, wrote in an email, as reported by NYTimes: “Betty Dodson was a brave and daring advocate for women’s right to sexual knowledge and pleasure. Her workshops turned women on to the beauty of our own bodies, and her outrageous honesty allowed more women to speak our truths.”

Back then, her work offended several people, even fellow “feminists” who possibly weren’t woke sexually themselves. They labelled it similar to pornography and sex work. Her presentation of images of vulvas at a women’s conference was controversial. But as women let go of the shame that surrounded sex and started embracing the bodies, her workshops became even more popular.

Betty Dodson was at it throughout her life, even as she appeared on actress Gwyneth Paltrow’s show Goop Lab on Netflix. She extensively and unabashedly spoke about her orgasm workshops (which had been running for 50 long years!). When Paltrow asked what happens in the workshops, she said, “Everyone gets off.” Apparently, that was the most popular episode in the Goop series and even received a standing O when shown in a Manhattan theatre.

Betty Anne Dodson, who took great pride in being called BAD had brands flocking to her and yet couldn’t be bought. She would personally try the sex toys and products herself and had a chest full of rejects that she would refuse to endorse. Dodson wouldn’t care about the money as much as she did for the cause.

However, in her own marriage, she couldn’t find sexual pleasure. After moving to New York at the age of 20 in 1950, she got married to an advertising executive. But he couldn’t pleasure her and she was left with a lot of shame which eventually turned into alcoholism. They got divorced and she sobered and it was then she met the man who taught her DIY orgasms. Such men are God-sent! They had a steady sexual relationship for a long time, until his death.

Ms Dodson told the NY Times, “Partner sex, that’s over now. But I wouldn’t turn down a good-looking guy if he walked in now.” Embracing her own sexual desires, she fought for the right of women to sexual exploration, education and pleasure without guilt. And since, we can give ourselves the best orgasms, she promoted DIY kind especially those with the clitoris. Oh, Betty Dodson, you did so much good in your life. Respect!

ALSO READ:Clitoral Orgasms Are More Achievable And Reliable Than Vaginal Orgasms. So You Know What To Focus On