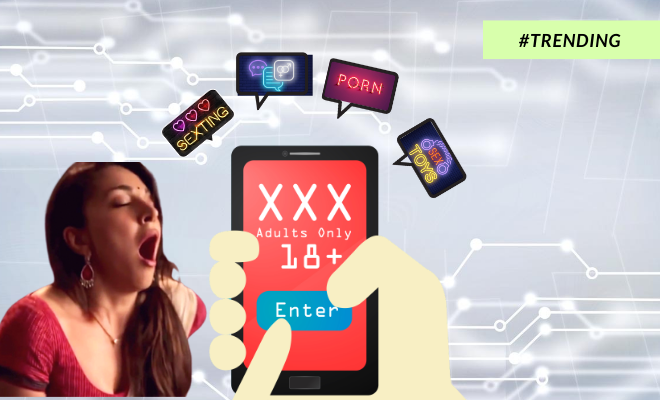 The Sale Of Sex Toys In India Went Up By 65% During This Pandemic. SexTech Cannot Replace Intimacy But It’s A Great Surrogate

My parents had been after my life to get married until they got something else to talk about. For that reason, I feel relieved as their discussions now involve COVID vaccination and rising cases, adulterated with some WhatsApp university myths. For the first time in the past year, they are okay with me being single. Unfortunately, for the first time in the past year, I am not. This is the only time I wish I was married, so I could cuddle with bae and have someone who could soothe my moods. It would be nice to live with someone who would drink with me, someone who could shamelessly binge watch Indian matchmaking with me and criticise it wholeheartedly. Okay, that’s dicey but you get the gist?

I won’t act too nonchalant and say that’s all that would be fun. Have you ever thought how much sex you’d have if you were living with bae? Okay, realistically speaking, it’s not like cohabiting couples are sexing it up every day but a girl can dream! However, if they want to, they can. We, on the other hand, do not have that option.

However, it seems like this pandemic has people willing to widen the horizon in achieving sexual gratification. This phase has catalysed the growth of all things digital, as people are now even shopping for fruits and vegetables online. Meetings, classes, parties, etc are being conducted online and it seems like this is definitely the way forward. And while all that is happening, intimacy too has taken a digital route.

It’s not like everyone’s sex lives are moving along the same lines. “People living alone may be more likely to use sex tech due to limited opportunities for in-person contact. In addition, feeling more sexual desire, loneliness, and stress could potentially prompt more sexual adaptations to fulfill psychological needs or relieve negative mood states,” the study reports. Sexual release is helping people deal with the psychological effects of the lockdown and those who live alone are more likely to get that from sex tech.

How are Indians shopping for sex toys?

Until a few years ago, sex toys were available in basement markets of metro cities in India, where people went to get their tool of satisfaction. And there were globetrotters who travelled abroad and picked products they could hide in their wardrobes back home. However, with access to enough literature, people had been acquainted with the pleasure that came along with adult products. And then finally, people thought maybe it’s time to finally get something that will satisfy you and you wouldn’t even have the pressure of getting your feelings involved.

Today, sex toys are easily accessible in India and have a huge market. In fact, according to a research by thatspersonal.com, the sale of sex toys in India has increased by 65 per cent amidst the pandemic. According to the report, Maharashtra has topped the chart of horny buyers followed by Karnataka and Tamil Nadu. Among the metro cities, it seems like people in Mumbai are in desperate need of adult products. However, it can be taken into account that several youngsters and couples live independently in Mumbai and don’t have the fear of their pet sex toy being discovered by their parents.

ALSO READ: Ladies, Get Your Big Os! These 5 Sex Toys Will Hit All The Right Spots

Can sex tech fill our void?

According to a study, the pandemic has resulted in the deterioration of people’s sex lives. Only a handful of people said that it actually improved. “Many participants (43.5%) reported a decline in the quality of their sex life, with the remainder reporting that it either stayed the same (42.8%) or improved (13.6%). Average frequency of solo and partnered sexual behaviours significantly decreased compared to past year frequencies. Thus, during this period of widespread restrictions on movement and social contact, frequency of sexual behaviour—an activity often pursued for pleasure and leisure purposes—decreased on average,” the report read. However, that could be another reason that we’ve been willing to try out newer ways of sexual gratification.

But can it really fill the void? Thatspersonal.com reports that 33 per cent people said they used sex toys to improve their marriages. In partnered sex, I believe the usage of toys can spruce up your sex life by adding novelty to it. For singles, it’s just a way of achieving better orgasms but it definitely cannot replace feeling the satisfaction of being kissed all over. But sextech is a good option to get by and use to amplify your orgasms – and now that the industry has seen a surge of shoppers, it will probably continue even when the pandemic is over.