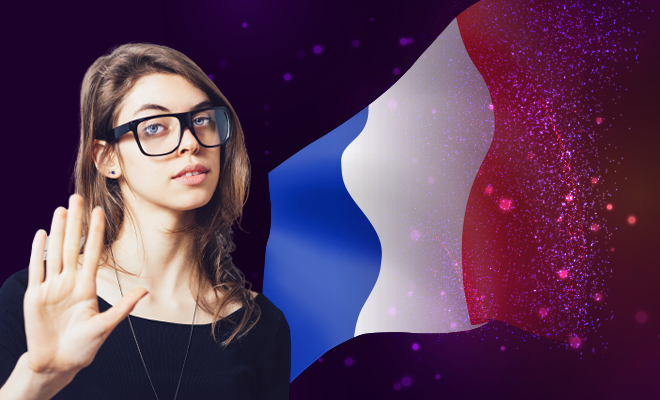 Sex With A Minor In France Was Not Considered Rape. A New Bill Finally Sets An Age Of Consent

In India, sex without consent is considered rape and so it does in several countries. However, many countries still don’t understand the concept of consent and thus, a lot of sexual violence goes tolerated. France for instance, till date didn’t have an age set for consent. Till date, France exhibited a worrisome tolerance of child sex abuse by not acknowledging the fact that children are in no position to give sexual consent. Just because a child didn’t stop the abuse, it doesn’t mean he or she consented to it. An adult can use manipulation, fear, and other tools to rape a child and that is sexual coercion not consent.

How can a country with so many intellectuals and a modern outlook of sex still have such regressive laws? “In France, a person having sex with a child can only be convicted of rape if prosecutors can prove violence, coercion, threat or surprise – the same criteria needed to prove rape of an adult victim. Instead people having sex with children can be prosecuted for the lesser offence of having sex with a minor, which carries much lighter penalties than rape – six months to five years in jail as opposed to the 20-year jail term that is the maximum for offences of rape,” reports thelocal.fr.

Basically, if a person has sex with a minor, they can get away with it with minimal punishment, if any at all. Children and Families Minister Adrien Taquet and Jistice Minister Eric Dupond-Moretti, however proposed a bill to reform these regressive laws. “Taquet’s proposed bill, after a consultation, would make any sexual penetration of a person under the age of 15 a crime, without the need to prove coercion or violence,” thelocal.fr states.

It was back in March 2018, when former equalities minister Marlène Schiappa made an attempt to get a bill passed that deems any sexual activity with a minor to be rape. And that’s how it should be. Physical violence and penetration need not be the criteria to establish it to be rape. However, the whole thing watered down for whatever socio-political reasons and came down to including “only the provision of a new offence of ‘sexual penetration of a person under the age of 15’ which carried a lesser penalty than rape.” This bill was proposed after charges against two men who raped minors were dropped.

What further sparked outrage are several high profile cases that showed France’s tolerance of child sexual abuse. “Two recent books have helped spark debate – one written by Vanessa Springora describing her abuse while a teenager at the hands of prize-winning writer Gabriel Matzneff and the other by Camille Kouchner alleging incestuous sexual abuse of her twin brother by high-profile political commentator Olivier Duhamel,” reports thelocal.fr.

In both cases, the women claimed that their perps’ social and intellectual circles were very well aware of their pedophilia. And yet, there was no outrage, no shunning, but only praises. In fact, Alain Finkielkraut, a so-called intellectual ridiculed the books and questioned about “consent” and “reciprocity” between the teenager and the stepfather.

His comments further enraged people and caused an uproar in the French society seeking the bill to be passed. “In what world do you live Alain Finkielkraut? Are you really talking about consent between a teenager and a family member? You maintain the silence and the feelings of guilt of the child by suggesting that some form of reciprocity is possible,” Taquet tweeted.

More terrifying cases came to light as women gathered the strength to speak of the child sex abuse they were subjected to in the past. A woman was repeatedly raped by 20 firemen when she was 13 to 15 years old. Three men admitted to having had “sex” with her, two of whom said they had “group sex” with her. How conveniently they call rape and gang-rape, sex and group sex. None of these men have been charged with rape which can get one imprisonment of 20 years. Even the three men who admitted to sexual intercourse with the woman get only seven years imprisonment by being charged for sexual violation. How can a gruesome crime like this be treated so casually? Just because there was no physical aggression and the survivor was too scared to stop them.

ALSO READ:Andhra Pradesh Urges Girls To Go To School To Bring An End To Child Marriage

Finally, France decided to acknowledge the fact that children cannot give consent and any sex with a minor should be called rape. However, it’s still not perfect. “The proposed bill also includes the necessity of an age gap of at least five years, in order not to criminalise sexual relationships between teenagers where one is older than 15 and the other is not,” reports thelocal.fr. “An act of sexual penetration by an adult on a minor under 15 will be considered a rape,” Dupond-Moretti said.

ALSO READ:This Teacher From Rajasthan Was Arrested For Asking Girl Students For Sexual Favours In Return For Good Marks