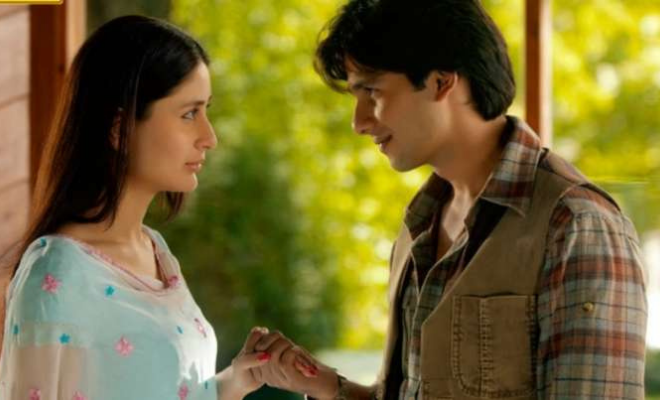 Respect Is As Important As Love For A Relationship To Work. Here’s Why

If love was ever enough for a relationship, would there be so many breakups? On the other hand, even relationships that began on a matrimonial platform, where the romance is seemingly taken out of it, take such a beautiful turn. Respect in relationships is as crucial as love is, if not more. Even though love is something that grows with time and it’s too soon to call it love, your bond is special. Why? Because you respect each other. And soon love follows.

Have you ever been with someone and halfway through the relationship you just lost respect for them? The other day, I was speaking with my close friend and she had broken up with a guy she was passionately in love with for years. She told me that between all those fights and the accusations that came her way, she stopped respecting him. And that’s when she realised she couldn’t be with him. Similarly, I used to really respect my ex but when he didn’t give me the dignity I deserved, I kinda stopped giving it out for charity. I lost respect for him and that meant our fights got terrible and I cared less. I need to feel respect in relationships.

Love is great but can it sustain without respect? You cannot undermine someone you love. I mean, you can but you mustn’t. Say even in non-romantic relationships, a daughter may love her absentee father but will she respect him? Not so much, not as a human being. I cannot stay with a guy if I feel disrespected, no matter how much I really loved him. In fact, my feelings can just go out the window if I feel undermined. And that’s great! Here’s why we must look for a relationship that has not just love but respect at its core.

Respect helps you not just love but also admire your partner

In a thread on Reddit, a guy was ranting about how he really loved his girlfriend but she was rude to other people. This one time when they were at the supermarket, she completely disregarded the inconvenience she caused to the entire store and the customers there and at that point, he just got done with her. He loved her but he didn’t respect the person she was. And with that, you cannot sustain a relationship. The rush of hormones will subside and you will have a person whose narcissism makes you want to stare at them with the most judgemental eyes. Nope, it never works out that way.

What happens when you stop respecting your partner? We start playing blame games and it’s never about really resolving the conflict; it’s about winning it. They say all’s fair in love and war but it seems like you’re really fighting for yourself and not for love. That’s when verbal abuse begins and mean words just spill out of your mouth, without caring about your partner’s feelings. A lack of respect in relationships will give you feelings of vengeance, rather than forgiveness and kindness.

“Love without respect is dangerous; it can crush the other person, sometimes literally. To respect is to understand that the other person is not you, not an extension of you, not a reflection of you, not your toy, not your pet, not your product. In a relationship of respect, your task is to understand the other person as a unique individual and learn how to mesh your needs with his or hers and help that person achieve what he or she wants to achieve. Your task is not to control the other person or try to change him or her in a direction that you desire but he or she does not. I think this applies as much to parent-child relationships as to husband-wife relationships,” Peter Gray, research professor at Boston College, and author of Free to Learn and the textbook Psychology wrote in Psychology Today. The best couples around town respect each other’s boundaries and do not obsessively hover around each other. They give each other the space to bloom.

When you respect your partner you also have a deep regard for your relationship. You keep your promises, you treat them with dignity and you make sure they get the place they deserve in your life. You do not want to sever that bond because you admire it. But when one partner doesn’t respect the other, it disturbs the equilibrium in your connection and there’s one person, doing all the work. You begin to feel like you’re being treated wrong. If you ever felt like you had to really ask him to care about your relationship, he just never respected it and you deserve someone who will.

A guy who respects you will never go through your phone, or act like you cannot be trusted to make sound decisions. He will never undermine your caliber, make you feel you can’t pull things off or your goals are out of your league. Respect brings trust and belief. He will have faith in you to do the right thing and will know what you truly are capable of. Respect in relationships means he won’t try to change you or control you. Without this, what is a relationship even?