People Who Make Their Beds And Declutter It Are Likely To Have More Sex, Says Study 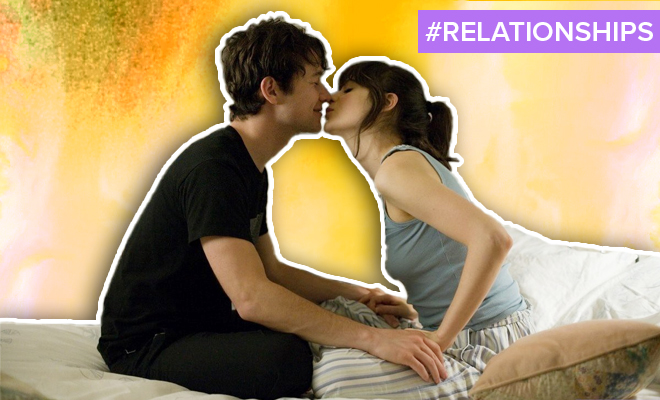 I think it’s a little vague to categorise people as messy or organised. What if you’re both? For instance, when I am working, my bed has my laptop, several pillows lying in the oddest of angles, a water bottle, a used coffee mug, and a few cables. I have no qualms over my bed looking a little bit lived in.

But once I am done with work, I will clean my bed, rearrange the pillows, and put on an aroma diffuser to clear my mind. I don’t know. It’s a routine that I find therapeutic after a day of chaos. So yes, I derive great pleasure from organising and cleaning things but I also like to create a mess. My friends are now used to me getting up, all of a sudden and clearing out bottles and disposable cutlery because I cannot exist peacefully in a place that has clutter.

So if you ask me, I will be very comfortable having sex on a bed that probably has a napkin, my lip balm, or a few tiny things lying around. But I would probably end up making their bed if the sheet is not proper or if there are clothes lying around. No points for guessing I am the kind that folds the bedsheet before taking off in the morning. I am sharing this because that means I get better sleep and more sex, bitches!

The study also found that several people thought an unmade bed can be a turn-off. I mean, yes, we all like to be with someone who cares about hygiene. Who knows what that bed has seen in the past few days and how much of it still remains? I don’t want to have sex on a bed that is reminiscent of a dumpster.

In fact, making your bed will also improve your quality of sleep, the study finds. It could be associated with the fact that having too much clutter around you can result in overstimulation of your senses. That can lead to difficulty in falling asleep. “Having a clean and organized sleep space trickles into other areas of your life; workspace, kitchen, living room, etc.,” said Madison Muire, Editor at Mattress Nerd. She further added, “Not only does making your bed in the morning have a psychological impact on your productivity, but it also makes you more likely to keep other things cleaned and organized; laundry, sheets, etc.”

“Research has shown that even that out-of-sight clutter has a profound effect on our mood and self-esteem,” behavioural psychologist Jo Hemmings told The Daily Mail. “This is a place for both sleep and normally sex, and both activities require a lack of distraction to be fulfilling. Studies prove that people who sleep in a messy room have more sleep disturbances and are at a higher risk of becoming hoarders. Hemmings suggests making up your bed in the morning, as a made-up bed creates some order, exposes the clutter and helps you see what shouldn’t be there,” reports The Huffington Post.

ALSO READ: The Sale Of Sex Toys In India Went Up By 65% During This Pandemic. SexTech Cannot Replace Intimacy But It’s A Great Surrogate

Did you know that lack of sleep can also lead to low libido and poor sex life? It releases cortisol in your body which has a negative effect on your sex hormones. It also reduces the quality of your orgasms. I mean, it could be anything but if it’s your bed, then you can at least make that right!

ALSO READ: This Guy Said Women Usually Are Terrible At Handjobs And Gave Some Tips On How To Do It Right. There’s No Harm In Learning