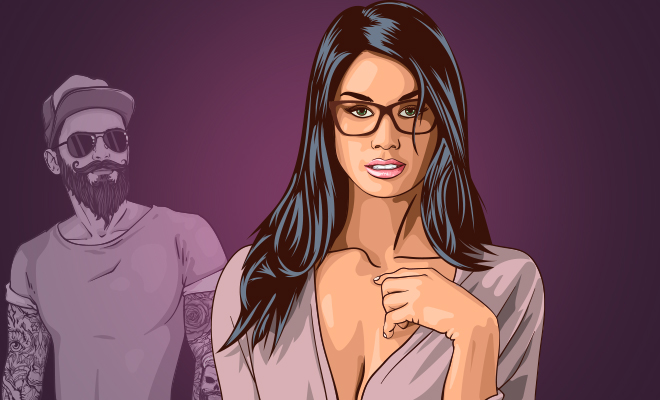 Millennial Guys Reveal What They Find Sexy In A Woman. And No, It’s Not Just Looks

Back in the day, I feel choosing a partner was a very shallow process. Most women found a man’s worth in the money he has and most men found a woman’s worth in her looks. However, things are changing and these notions are best called stereotypes now. But what about the sexy quotient? Can attractiveness be based just on looks? We’d like to believe that there are several men who can go beyond looks and those are the quality men we should be interested in anyway.

We are in an era where we have men who sapiosexuals who find intelligence attractive as well as guys who get emotional boners. This isn’t about objectifying women’s bodies but looking at what lies inside. So I took a mini-survey and asked guys what they find sexy, apart from looks and I got some really cool answers. Here are 10 things that were on most guys’ list.

You don’t have to sound like a sex phone operator but having a nice way of communicating would definitely be music to his ears. Janice was pretty but when she opened her mouth, it made you want to burst a ear drum and that’s not great.

Weak guys may like women who seem to have tongue paralysis but a strong guy will find the confidence in you sexy. When you enter a room with elegance with your head high, it just doubles up your charm. When you know what you’re capable of and aren’t afraid to take a leap, that makes you even sexier. So make the first move, he’ll love it, if he’s not a weakie.

Everyone loves people who are positive and have an optimistic approach in life. Being cranky once in a while is okay, but when you turn up looking like sunshine and know how to take things in your stride, girl, that’s hot!

It makes you really inspiring and attractive when you invest enough time in yourself. Whatever you think is good for you – taking time out for your beauty regime, focusing on your fitness, pursuing a passion, or just simply reading a book in a café. A woman who loves herself is attractive!

Being funny is a talent that shows you have good timing and that you’re smart. It also shows that you can see the comedy in tragedies, which is probably where all humour comes from. If not your tragedy, then someone else’s.

I am not saying guys will run to you like the female version of a deo commercial. But our sense of smell can arouse us or turn us off. Would you have sex with a smelly guy even if he looks attractive? Nope. But someone who is smelling good can make heads turn!

Manipulation, facades, and pretentiousness is outdated. Being outspoken, unfiltered, and raw makes you real. And if you’re getting real, who wants some sugarcoated plastic?

Women who embrace their quirks naturally become ten times more attractive. Like yes, I snort while laughing too much. Be obsessed with hummus. Love poop jokes. Unapologetically. Deal with it, honey.

ALSO READ: 7 Reasons You Shouldn’t Change Who You Truly Are For A Man. One Is That You Will Be Constantly Seeking His Validation

Living life a little on the edge isn’t so bad! It’s fun not knowing what can happen next. It’s also fun not being uptight. Honestly, I can’t even be friends with people who are too uptight and can’t be spontaneous. It’s mad attractive if your partner can thrill you with a spontaneous plan!

ALSO READ: 5 Reasons Why You Walking Up To A Guy And Making The First Move Is A Great Idea