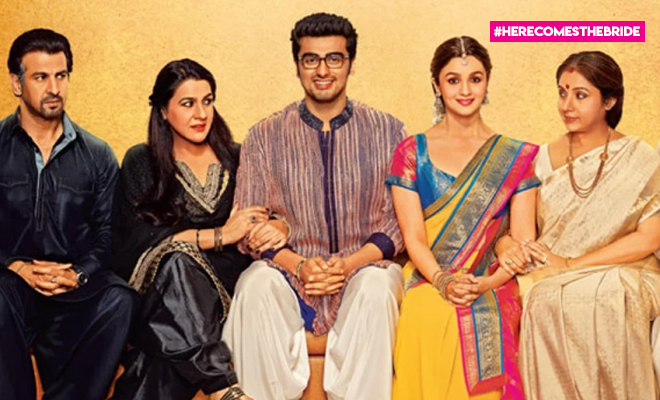 Meet The In-Laws: Getting Comfortable With The New Family Without Losing Yourself

Experts say that for most couples, the first year of marriage is tough – often the toughest. It’s a start of a new life together, and this means having to make many adjustments. This means, many fights. Unsurprisingly, the in-laws are one of the most common reasons why newlyweds fight. Of course, as they say, a marriage is between two families, and not individuals, and this means that your new role also involves being the daughter or sister-in-law of the house. If all of this sounds overwhelming, that’s because it is.

But, here’s one simple rule to help you navigate the new territory: BE YOURSELF!

You may feel that since you’re the outsider in the family, you need to make all the adjustments. While you may need to make some changes, it shouldn’t come at the cost of compromising who you really are. You shouldn’t have to change as a person. For example, if you like your down time and aren’t a gregarious person, you don’t have to socialise with your family all the time. Or, if you like to go out and spend time with your girlfriends every now and then, you shouldn’t have to stop doing that now that you are a bahu. Think about who you are, and what are the things that make you, you, and don’t compromise on those.

Most importantly, don’t give up your financial freedom. Work culture is changing rapidly, and now, there are many options to make money while you have a flexible schedule. The work-life balance, which has so far been mythical, is fast becoming an achievable reality. So, even if you want to be a homebody, you can still find avenues to earn money. Your own money is your ticket to empowerment and freedom. Don’t compromise on this.

That said, be respectful to the traditions and customs of the family you marry into. Respect their religious beliefs. Respect their boundaries. Don’t expect yourself to be treated like the queen of the house, and don’t try to overthrow the dynamics that are set. Build your own. Understand that the family unit that you really need to focus on is the one between you and your husband (and kids, if you choose to have any).

As we age, our parents age, too. As a couple, you are responsible for both sets of parents. Both should extend the same respect. Ultimately, you and your spouse are the connections between families. So, here’s another golden rule: Keep your husband in the loop of everything. Make him your ally, and you, his. The two of you are setting a family together, and with that, bringing your two families together. You are at the centre of it. Maintain that.