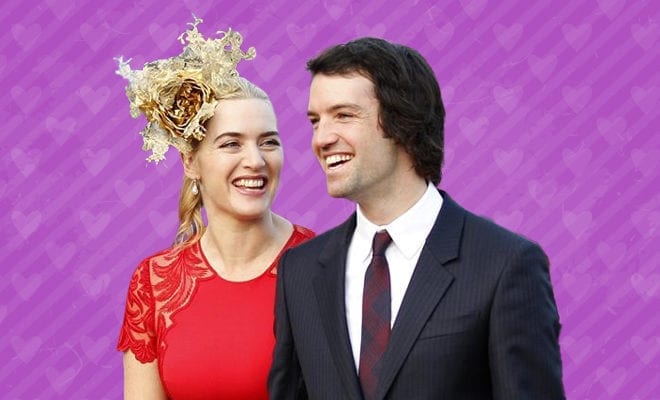 Kate Winslet Revealed Her Husband Is A Stay-At-Home Dad Who Looks After Them. The Couple Give Two Hoots For Gender Roles.

When it comes to marriage, one criterion I can’t compromise on is the understanding of equality and treating me with dignity. Firstly, I will be unhappy and out-of-love, as soon as I realise I married a misogynist. Secondly, I don’t want my children to be raised in a household doused in patriarchy. Fixing our next generation and making them understand equal rights from the start is the best way forward, I believe. It all starts from home, because that’s our immediate social structure. Kate Winslet, however, has found a man who seems unperturbed by society’s gender norms. And Winslet too, has shattered stereotypes when it comes to gender roles.

The actress is smitten by her husband Edward Abel Smith – who was formerly known as Ned Rocknroll and in an interview with The New York Times, called him “the superhot, superhuman, stay-at-home dad.”

Kate Winslet, whose miniseries Mare of Easttown released in April this year, is continuing to pursue and excel in her acting career. Abel Smith, choosing to be a stay at home dad, takes care of them. “He looks after us, especially me. I said to him earlier, like, ‘Neddy, could you do something for me?’ He just went, ‘Anything’. He is an absolutely extraordinary life partner,” she told NY Times.

The couple has a seven-year-old son together, Bear Blaze and they have been married for the past nine years. In the interview, Kate Winslet admitted that she feels incredibly lucky to have found him. In fact, she said he is severely dyslexic but he still helps her with her lines when she needs it. Aww, this is adorable!

She added that her husband Abel Smith wasn’t intending to marry a woman who is so famous and “having been so judged” but they fell in love and he handles it well.

Kate Winslet was married twice before finding Abel Smith. And while she has always kept her personal life away from the public eye, the way she opened up about her now husband is endearing. In fact, the media has no idea why her marriages ended and Winslet says she is proud of “those silences”.

In fact, their romance started off on a nothing-less-than-a-movie note. Winslet was vacationing on Sir Richard Branson’s private island, Nector Island, with her kids. Unfortunately, a tropical storm hit the island and caused a massive fire. Winslet, as a matter of fact, helped carry Sir Branson’s 90-year-old grandmother to safety.  Her now husband, who is Sir Branson’s nephew was also on that island. He works as the head of marketing, promotion, and astronaut experience at Virgin Galactic.

ALSO READ: Woman Has Been Calling Husband “Baby” For Three Years ‘Cause She Can’t Pronounce His Name

“He was the only dude to have a head torch and a pair of shoes, everyone else left everything behind. I took a bra and passports and my children. So I married him! I was like, ‘I’ll go for the guy with a head torch!’” Kate Winslet told ET.

Edward Abel Smith’s net worth is $25 Million and Kate Winslet has a net worth of $65 Million. They are defying gender norms as Winslet is more successful and Smith loves staying home and be the nurturer. People who are fixated on gender roles need to know those aren’t required for a marriage to work!