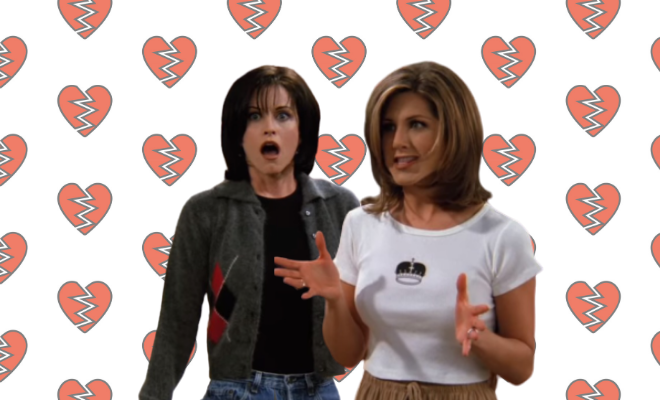 Having A Fight With Your Best Friend Feels Worse Than One With Your Boyfriend. Here’s Why

In my dating career (yeah, I like to call it that for some reason) of the past 13 years, I have had my share of disappointments. I’d like to believe that at 29, I am far more desensitised to breakups than I used to be. When I had my first breakup, I fell into an emotional abyss and acted like the world has exhausted all happiness. But eventually, I toughened up. Yes, of course, I have found my cold heart defrosting lately and yes, I do feel hurt when romances fuck up. However, I just realised that having a fight with your best friend is 10 times worse.

It’s been two months and my best friend, Alisha and I haven’t been talking much. We’ve been friends for 13 years and yes, we have had fights before but not in the past few years. At least, not the kind that felt like breakups. Here we were, both holding our ground and refusing to meet halfway. It really messes with your head because one moment you’re like no, she will come around, eventually. The next thing you know,  you are petrified because this is 2020 after all – any catastrophe is possible at this point.

So after two months of just a half-hearted exchange of just important updates via text, last night we finally called it a truce. She had sent me a long text and I took one to two business days to respond to her – but with the kind that was worth the wait. I wrote her a two-page letter. Yes, I am a letter in a world full of DMs. It wasn’t planned, I just really wanted to pour my heart out and writing is the way for me. And as I stood by my window with teary eyes, staring at the dark sea and empty roads, waiting for her response, I felt possibly how bookies feel during a match.

We made up and after weeks, we shared how it felt and I was surprised to know that she too felt as bad as I did, probably even more. Bestie’s a little dramatic! And that’s the beauty of it – how many times can you confidently say that a guy felt exactly the same way about you the way you did? Best friends usually are on the same page. Here’s what we realised last night about why fights with a best friend actually hurt more than a fight with your boyfriend.

Whenever you’re excited about something or even pissed about something, she is the first person you wanna tell it to. It’s such an itch you want to scratch but can’t! You’ve almost picked up your phone and called but ego has its way of not allowing you to do that. You think to yourself that you can live your life without telling her everything but can you? So you just drop lazy bits of information that make you sound like the news anchor who had to wake up at 5 to deliver the news.

2) You don’t want to lose your bestie

A fuckboi? He can go, walk out that door and I won’t shed more than five tears. But bestie isn’t a fuckboi. She is that stunning rainbow on a rainy day or the silver lining that makes dark skies seem no biggie. You’ve built memories and she is the one who just gets you. Damn, you don’t want to lose her. You can’t afford to!

3) Nobody can replace her

You have other friends but nobody can replace her. She knows you more than you know yourself. At this point, you know her partner more than his own best friend does. And she can probably give you a detailed analysis of your dating patterns and tell you exactly why your ex in 2015 was a total asshole. Come back, you!

4) You imagine what you’d do without her

My bestie told me she was worried about what will happen if this had ended our friendship. Our best friends become like sisters to us and even our parents adopt them as another child. Who will you share your innermost, judge-worthy thoughts with? She is that one person you can totally be yourself with and the one who will probably do all the work at your wedding. How do you let go of a connection like that? She’s practically family, so you can’t but just the thought scares you.

Each time you’re upset or mad at someone, you speak to her and she speaks to you. Both of you can rant and rant and feel better. But what do you do when your go-to person is the go-away person? You didn’t think this true, right? Well, my bestie literally rant about me to me, even while we were fighting because she was like who else can she go to! That’s funny but so cute.

ALSO READ: 7 Ways Your Friendship With Your BFF Changes After Marriage

And that is why it sucks to fight with a best friend. Sisterhood is important and these women are our support network. They are our kinda crazy, our place of love, warmth, sarcasm and madness. We can’t lose that!

ALSO READ: If You’ve Been Feeling Too Single Lately, Here’s Some Real And Raw Advice From The Women Of Reddit