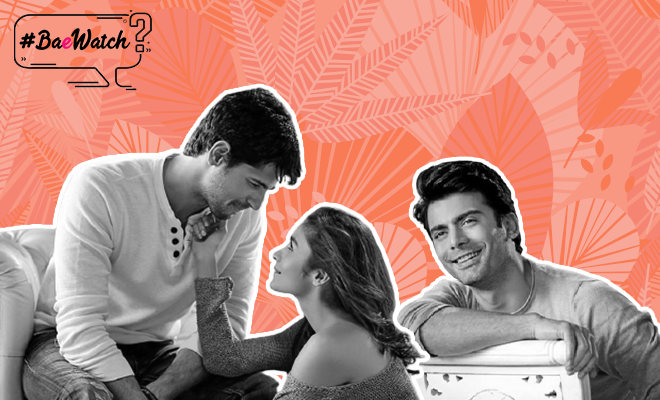 Baewatch: “I Kissed Another Guy And Regretted It. Should I Tell My Boyfriend That I Cheated?”

Sometimes, I feel that we’ve grown up to see things from a black-and-white perspective. We have watched movies in which the people are almost perfect. And cheating? It makes the other person unforgivable because it is such a monstrous, inconsiderate thing to do. Cheating is bad, I agree. But not every person who cheats has bad intentions or unworthy of forgiveness.

It’s unhealthy, for the person who was cheated on, for the one who cheated, and the one who they cheated with. Nobody is going to get anything healthy out of this mess unless some serious damage control is done.

But how do we do damage control after we slipped? There’s always this confusion whether honesty is the best policy here or is ignorance bliss.

So when a woman wrote to us describing her tricky situation, team Hauterfly decided to help her out.

“I am in a relationship with someone but I was at a house party and ended up sharing a kiss with another guy. Alcohol shouldn’t be blamed but I was really drunk and upset with my boyfriend. In that moment, I didn’t give a fuck about what harm I could be doing to our relationship. I realised my mistake and didn’t go further. It feels terrible though. I know this will not happen again. Should I tell my boyfriend? Or keep it to myself? I don’t want to lose him.”

Mansi Shah, Managing Editor: “Don’t tell him. For a long time, we have the concept of ‘honesty is the best policy’ has been drilled into our heads. But in this case, unless you are planning to actively pursue the other guy, forget about it. A lot of the time, the spilling of the secrets with the partner is just about unloading the guilt. While you certainly don’t want to be a liar, weigh in on where your relationship is right now and if you want to be in it. If a simple fight can send you spiraling out of control and have you attaching your lips to anyone within a radius of 100mts then the relationship/boyfriend is not the problem. My suggestion is to zip it up but ensure that you’re putting an effort into making your current relationship work. If it wasn’t working anyway, instead of kissing strangers, woman up and break up with him. If you really must tell him, know that his reaction could either way and you do not get to choose how he behaves after. Are you willing to put up with that?”

Jinal Bhatt, Associate Editor: “From my personal experience of watching this situation pan out about a hundred times on screen, my advice would be to tell him. I may not be clairvoyant but I’ve got a pretty good idea of what your future could look like if you do or don’t tell him. And a lot of it depends on how you handle the guilt. Are you someone who dwells on these things a lot? If yes, then you’re going to be miserable, and your boyfriend is not going to know what’s wrong. And that’s going to make him frustrated. If in that mental state, you were to finally confess or he were to find out, the damage would be worse. Because there’s also the act of lying attached to it now.

But if you have the ability to move on, and not dwell on it like it never happened, you could get away with the cheating. Until the next time you are drunk, and there’s a chance you blurt it out in a moment of weakness. And boy, that’s going to be ugly.

So you see, girlfriend, it ends badly either way. My advice? Tell him, gently, and soften the impact as much as you can. Show him how sorry you are, and give him time to come to terms with it. Living with repercussions is way, way better than living with guilt and fear.”

Sadhika Sehgal, Trending Head: “I think no excuse or explanation would be good enough for the fact that you crossed a line. And since you’re already one mistake deep in the problem, the wiser thing to do would be to come clean and take full responsibility for your actions, with honesty. After all, your partner deserves to know the truth, and who is to say, knowing you confronted him yourself might just even tip the scale in your favor. Do right by the both of you, come clean that you cheated.”

Mitali Shah, Lifestyle Writer: “Look, as someone who has been in a similar situation, I can tell you that not telling your partner that you slipped up and drunkenly kissed someone is a mistake. It’ll be worse if he finds out from somewhere else. And even if he doesn’t it’s not fair to your partner, is it? So, sit him down and tell him what happened, how terrible you feel, and that it won’t happen again. It won’t be an easy conversation, and chances are that he might react terribly. But at least you know clearly where you’ll stand and how to move forward. It’s no fun being guilt-ridden and lying always comes back to bite you in the ass.”

Anjali Agarwal, Fashion & Beauty Writer: “Yes, that’s a big slip up on your part but the important thing is that you realised your mistake and backed off the moment you came to your senses. And, you said you feel terrible about it. So, I would say tell the truth, not only because he deserves to know (you would want to too if he had kissed another girl) but also for yourself. If you truly love your boyfriend and value your relationship, you won’t be able to live with the guilt; that shit eats you up. Tell him you realise what you did was a terrible mistake but don’t stress that it was the alcohol because we all know that’s a lame excuse. If he decides to leave, it’s his call. It’s just a hard pill you’ll have to swallow.”

Chingsanghoih Guite, Graphic Designer: “Girl, not to be brutal, but that’s cheating. I’m sure if he had done the same, you wouldn’t want anything to do with him anymore. You probably should be honest with him because he deserves it. Just put yourself in his shoes and you’ll know what’s the right thing to do. Nobody thinks or plans to cheat unless you’re a pathological liar with no clear conscience. But not repeating it can’t be used as an excuse. Being honest is all you can do according to me. Unless your conscience allows you to live with it, that’s on you.”

Sama Meerza, Social Media Executive: “I think that this person should open up and tell him the truth. Maybe that way he will be able to trust her again sooner than if somebody else came and told him. And if she had already thought about not giving a fuck about this relationship then in my opinion she shouldn’t even try to save it cause she didn’t care about it, to begin with. If she cared and loved her beau enough she wouldn’t just go and kiss anybody. The best thing for her to do would be telling him the truth and facing the consequences she very well knew would come along with this. And what is the guarantee it will not happen again? You don’t see the future and you definitely can’t control yourself when drunk, unless she can. Then good for her! But ask her to put herself in his shoes. Would she be able to trust him again?”

Akanksha Narang, Features Head: “It’s good that you are feeling the guilt and you are determined that it won’t happen again. So while we’ve been told since forever that you must always be honest, sometimes, it’s just not worth the damage that gets caused. If it was a one-time slip that you know for sure will not happen again, I think it’s unfair that your boyfriend has to go through the pain of possessing that knowledge. Would I want to know about it? Nope. It will only lead to him having trust issues – whether he chooses to stay with you or moving on. If he stays back, he will constantly be insecure thinking who you could be kissing next. And that will really get to you, eventually causing a bad breakup. If he chooses to move on, he will be insecure with the next girl he dates and she doesn’t deserve this either. I was dating this guy who gaslit me for chatting with an ex, acting as I had really crossed a huge boundary. For me, it was okay since I was just being cordial. For him, it was a big deal. And I was made to feel so guilty about this that I entertained a lot of nonsense, just because of that. In fact, he became increasingly insecure, and eventually, we broke up because he kept going through my chats and claiming I am flirting with men.

ALSO READ: How To Avoid Cheating In A Long-Distance Relationship

So if you are anyway not going to slip again and willing to work through the issues that made you cheat just because of a fight, I’d say keep this to yourself. It also depends on how you handle the guilt. If you can make peace with it, and forgive yourself for doing this, then you can pull it off – for your, his, and the relationship’s sake. If you can’t handle the guilt, you will eventually go crazy and fuck it up. So a lot depends on that too.

Another thing is that if it is possible he can find out from another source, it’s better if you tell him. That will hurt him less. Of course, there is a possibility that he will be mature about it and you will both work through your problems. But it’s not quite likely.”

ALSO READ: BaeWatch: “I Have A Boyfriend But I Am Also Attracted To Another Man.”