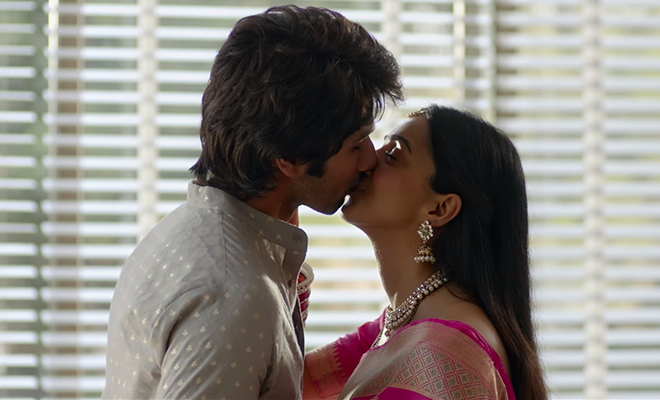 The thing about sex is, that you need to feel desired, in order to feel motivated to do it at all. I mean, doesn’t it turn you on when your partner is feeling completely aroused by you? In fact, when you’re having sex, you’re also communicating. You’re telling each other how much you’re attracted to each other, and that you want to please each other. So make your guy feel more desired in bed, and watch your sex life become wild and fun. Here’s how!

1) Warm up by flirting

Dropping him flirtatious, sexy texts will only let him know how much you’re looking forward to doing him. In fact, if you’re going out before hitting the bed together, indulge in some PDA. Now I am not saying indulge in tongue tennis in front of a cheering crowd (unless you want to!). What I am saying is, pecking him on the lips, touching his thighs or arms and hugging each other while dancing won’t be such a bad idea.

Nobody enjoys having sex with someone who looks like they would rather be anywhere else than there.  Kiss him back passionately, get on top instead of just lying down on your back throughout. Take charge – nibble on his ears, stroke his penis and plant kisses all over his body. It will just fuel his fire further.

3) Let him know you’re liking it

We all know how encouragement works on us. People perform better when motivated. So express your appreciation, both while you’re at it and afterwards. Moan, call out his name and just make it known that he is turning you on passionately.

4) Non-sexual touching is important too

Sure, sex and all that is good. But have you ever felt the thrill of having someone run their fingers through your hair? Or imagine, post-coitus lying down on his lap. Feels like heaven, right? Men need that too. Sex with your partner is a lot about your connection, even when you’re not having sex.

5) Be enthusiastic about trying new things

Do you know what best exhibits your desire for your man? When you’re super enthusiastic about trying out new things with him! You want to try so many sex positions and moves. You want to have sex on the couch, on the table or on the floor. Role play or whatever floats your boat – point is, you want to be sexually adventurous, with him!

Having Sex Makes You More Likely To Survive A Heart Attack. That’s More Reason To Get It On