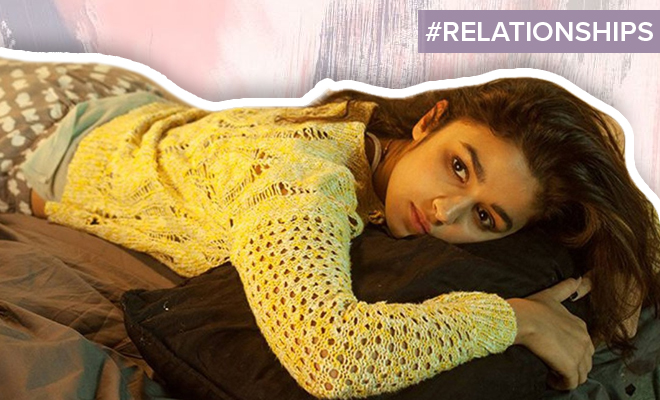 5 Ways Casual Sex Can Hurt Your Feelings, According To Experts

Last night, I poured myself some rum and while sipping on it, my girlfriend and I had a virtual get-together. What started as updating each other on our love lives or the lack thereof went on to become a thorough reflection on how casual sex fucks with our emotions. Like hey, don’t get me wrong; I love being pleasured. What I don’t like is that feeling when my heart refuses to agree with my head. I don’t like it when I feel like brushing his hair, caressing his cheek and whispering sweet nothings into his ears because I shouldn’t. That’s not how “keeping it casual” works. So as I swallow my expressions of attachment before it can reach his face, I wonder what happens to all those feelings that we keep denying?

Having feelings for someone doesn’t mean you’re in love with them. It just means that sex with them is not as detached as you’d like it to be. Somewhere between all those kisses you shower on him and those hours you spent asleep in his arms, your heart let him in. It’s not until you find yourself gazing at him a lot that it clicks you that you’re officially fucked and not in the way you like. Along with your vagina, your heart throbs too each time he passionately kisses you. And when he is taking a nap, you simply cannot resist the urge to go kiss his forehead because just the sight of him makes you feel peace.

That’s how attachment and romantic affection grows in your heart, and also because all that canoodling blasted a supply of oxytocin in your body. Oxytocin is infamous in the casual romance world for being the love hormone that ends up screwing you. So even if you don’t fall in love as such, does casual sex not affect your mental health? I believe it is potent enough to have your feelings scathed, depending on how much of a toughie you can be.

I mean, it’s funny how we do it to feel momentary closeness and fill the void but all it does is end up making that hollowness even more evident. “Researchers examining the mental health associations of hookup sex also report that participants who were not depressed before showed more depressive symptoms and loneliness after engaging in casual sex,” writes Psychology Today.

I keep saying that cuddles are addictive. One night you spend with bae and for the next few nights, you’re just experiencing withdrawal symptoms. You feel even lonelier because you miss having someone to hold you. Strictly in scientific terms, your brain is experiencing a drop in the level of dopamine, the same chemical that makes you feel addicted to things.

3) Your heart and brain are not in sync

Honestly, we can get used to all that love, attention and affection we feel in that short span of time. Unlimited kisses, hugs and cuddles and those orgasms make you feel high on love, and so does the oxytocin hormone. For a moment, you forget that casual sex means you get done, go home and go on with your lives. Nope, he won’t continue showering you with affection. Don’t get used to it. When he seems distant after the night you spent together, it gets you feeling low. Once the love drug wears off, you convince yourself that it doesn’t matter because you shouldn’t even expect such things. This is not a relationship after all.

Psychology Today states, “College students who recently engaged in casual sex reported lower levels of self-esteem, life satisfaction, and happiness compared to those who had not had casual sex in the past month. And students who recently engaged in hookups had higher distress scores as indicated by levels of depression and anxiety.” Have you ever wondered if you’re not good enough? Are you not his type? Does he not see you worthy of something more? These thoughts are unnecessary and yet in a weak moment, you do let your self-love flicker.

ALSO READ:#Relationships: Cuddling With Bae Can Keep The Doctor Away. Here’s How

5) If you feel it is wrong, it can make you feel guilty and embarrassed

“Despite the flood of media messages that hookups are okay, if not desirable, people may still feel that they’ve done something that violates their own internal standards,” reads Psychology Today. Women especially tend to associate casual sex with conflicted feelings of guilt and regret.

Sucks, right? Why can’t we simply enjoy casual sex without causing a strain on our feelings? We can actually, but those lucky “autonomous” peeps, not all of us!

ALSO READ:10 Signs Your Casual Sex Is Turning Into A Relationship