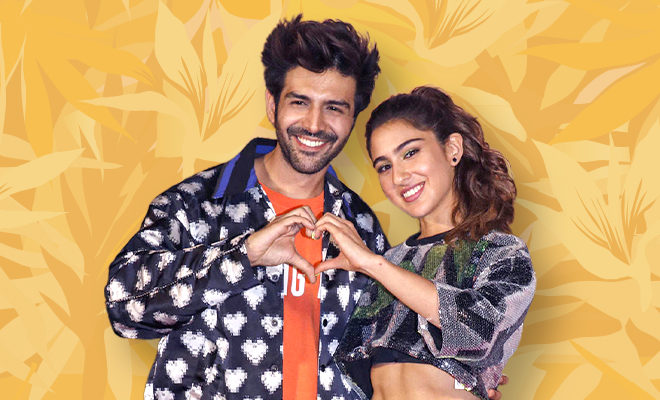 When Charlie Puth sang, “You just want attention, you don’t want my heart,” he is reflecting the emotions of several people out there who realised it a bit too late. You meet this cutie and he is showing all signs of interest. He is texting you often, asking you to hang with him, complementing you and buttering you up. Before you know it, you’re chatting day and night. You’ll meet, have meaningful conversations and he is always there for you. one thing leads to another and you’re exchanging kisses too.

You’re so smitten! He seems so nice and caring; maybe this is the real deal. And then the reality strikes – he wants nothing solid. Either you ask him or he starts distancing the moment you start falling for him. And you wonder – what went wrong? Why is he distant? But you’re already into him and showering him with attention. And of boy, he knows how to keep you hooked!

Chances are, he just wants some attention, some validation. He is probably not doing it intentionally but his cravings are stepping on your mental and emotional health. So cut the supply and go for a guy who is willing to give you the same love he enjoys from you.

His niceness has tapered over time

A guy who is just hungry for attention pursues it with the best of his charm. And silly you thinks he is chasing you. No, no, no my friend he is chasing your patronage! In the initial stage, he was so nice to you that you felt you’re special to him. And once he had you being a smitten kitten, he stopped paying so much attention to you. It’s like politicians fixing the roads when they want your vote and then once they have it, let the rains drown the city!

Most of your conversations revolve around him

It almost feels like you’ve been hired to discuss him, his life and his problems. He might as well lie down on the couch and pay you by the hour to listen to his problems. When you meet, time flies discussing him. And when you say something, his response is just slightly better than that of a dead fish. You deserve better, honey. Pick up the phone, talk to your bestie instead of a person who treats you like a therapist and doesn’t even pay you.

He loves your company and really wants you close

I dated this highly narcissistic guy who absolutely wasn’t happy with me breaking up. Why would he be unhappy in a relationship where he is getting all the attention, love, warmth and all that? Who doesn’t love it when someone makes them feel special? Of course he likes your company. But you’re not giving out charity attention; he’s probably bad in bed too!

But he doesn’t make you feel special

He is basking in the glory, his cheeks glowing with a little sweat, a little bit of happy hormones from all that attention you give him. You, on the other hand, feel like the person selling life insurance to an 80-year-old. No offence, but that’s really not the person you’d want to be. You’ve treated disposable cutlery much better than he treats you.

Only when you stop the supply of attention, he starts giving you some

And then you think, what did he do to deserve so much attention when all you’re getting is his existence? Like hey, look I am doing such a big favour by existing in your life and enjoying all the love and attention you offer. So you get mad and cut off the supply. It’s like a druggie being blocked by his supplier. He will butter you up until you start giving him attention again. And then his niceness tapers again. It’s a vicious cycle!

He hides your connection on social media

You think he will put up pictures with you and risk the attention he is getting from other women? Oh, he loves attention and all of it is welcome. More the sources, the better it is! In fact, observe how he talks about women who doesn’t give him any bhaav. If he gets moody and offended, you know you’re dealing with an attention hoe!

ALSO READ: 5 Reasons I Think Situationships Are Absolutely The Worst When It Comes To Dating

You will never be his priority

He is a people pleaser. The more people he pleases, the more attention he gets. He will be all yours until it’s time to entertain other people. If there’s a random acquaintance he has made plans with, he will not cancel it to be with you should you need him. If there are multiple people in the room, he will be giving them more attention, especially if they are his acquaintances. He already has you. He needs to acquire more attention. He is working hard you see!

ALSO READ: BaeWatch: “My Boyfriend Has Become Way Too Selfish. Where Is This Going?”