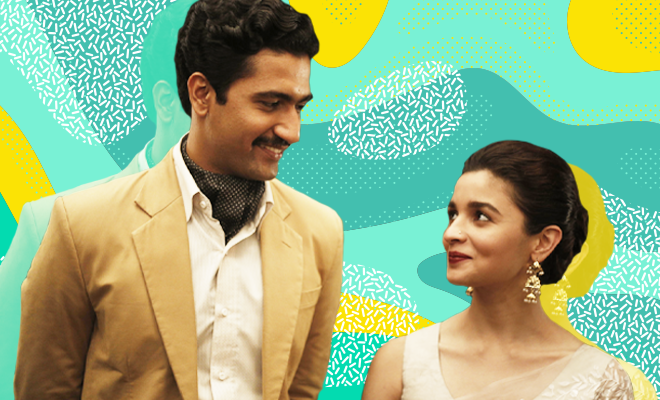 Sometimes, I feel this whole casual sex arrangement is worse than being friendzoned. Or maybe it is equally bad. Both are like the Bermuda triangle that suck you in and refuse to let you out. It’s almost never that you start making out with someone and they feel like ‘oh, let’s give her commitment,’ I don’t know why, but as bad as it sounds, when you’re getting all relationship-y things without being in one, you won’t have any motivation to get into one. And why it’s great to take it slow sexually.

But it’s not like we need men who need to be manipulated into commitment. In India, most women don’t have sex early on because we don’t want to seem “too easy”. Our society would like us to believe that women who do that are promiscuous and they don’t respect themselves. They will tell you your body is a temple and you must not give it away so easily.

This is all bullshit. Sex isn’t about your character. There’s nothing morally wrong about having sex early on. You can have sex when you feel ready, forget what the society says. But if you must choose to delay that gratification, do it for reasons that are not based on orthodox beliefs.

Delaying sexual gratification does make more sense to me, especially when there are a plethora of regrettable decisions out there, waiting to be made. Here’s why it’s okay to take it slow sexually.

You get time to form emotional intimacy

I find this quite problematic – sometimes when you end up rushing things physically, you realise you’ve outrun your emotions. Your emotional intimacy isn’t in tandem with all the sex you’re having so the speed parity can end up confusing your connection. Take time to bond emotionally, without being overwhelmed by hormones.

It will filter the wrong guys out

The guys who just want to get into your pants will cease to exist after a certain point in your life. Let’s just say, sex is way too easily available and they would rather go find it on an app than wait to take it slow with some girl. Only the good ones, who show dedication and patience will stick around. And when you take it slow sexually, you filter them.

That is very, very possible. Sometimes, there’s just so much sexual chemistry that it gives you a false sense of attachment. It’s just your hormones messing with you. Sex does release oxytocin, the love hormone in you – your body doesn’t know whether it’s casual or not. He may be great at giving you orgasms but terrible at being a good boyfriend.

Taking it slow has its charm

In an era of hookups, taking it slow has its own charm. Millennials are being even more vocal about their views on true intimacy. And no, penetration doesn’t cut it. The kisses, tight hugs, cuddles – that’s what makes it more intimate. You will get time to really enjoy these things, before getting down to sex.

ALSO READ:5 Things To Consider Before Having Sex With Your Romantic Interest

It lowers the risk of regret

There are so many human regrets walking down the street or on your dating app, waiting to be matched with. They will enter your life, charm you off your feet, and before you know it, they flip! If you’re looking for a quickie, then go for it. But if you want a relationship with this guy and he seems to be rushing things, just ask him to take it slow. Maybe see if he is really worth it or will he go down in the book of regrets?

ALSO READ:5 Signs Casual Sex Isn’t For You Because You Catch All The Feelings