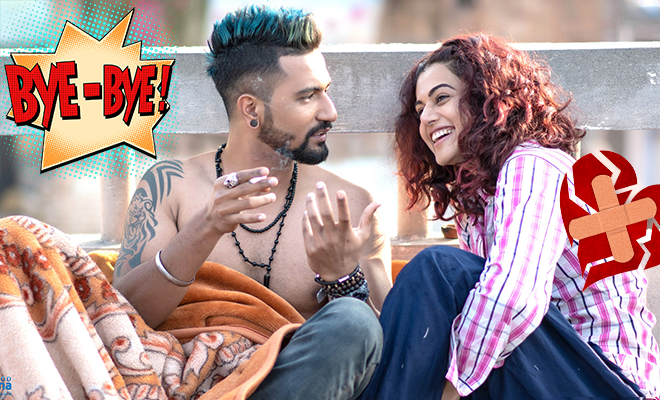 I’d be stating the obvious if I say breakups are tough. Because if you have been in love with someone, and invested in that person, it really sucks to let it go. It feels like you’re building a home, brick by brick, with a lot of effort, giving it time and nurturing it. You’ve tried doing your best but one fine day, the house collapses and all you have left is concrete mess. Even if you fall out of love, it still hurts because you lost precious time. And most of us here have been through breakups. I will not say that I have been good at dealing with all of mine, but some have been easier than the others. The thing with me is, I don’t give up easily. I will give my 200% in trying to make it work but once I am done, I am done for good. Then the breakup will not affect me, at least not on the conscious level.

In fact, I would like to say, it’s not the breakup that is difficult but more often the phase before that. This is because nothing is certain and your head is in quite a mess of emotions. You don’t know if you should hold on or let go. If you’re in such a phase, or know a friend who is, this article will help clear things out for you. Here are 5 signs that it’s time you should breakup.

1) You find excuses to fight with each other

We don’t like to admit it, but most of us are biased human beings. If you’re holding a grudge against a colleague who probably once forgot to invite you for her birthday, you will not like anything she does. You will find reasons to dislike her – bad sense of style, unpleasant odour or the fact that she exists. Similarly, when you are holding a grudge against your partner, there will be fights on the most basic things. There will be vengeance and none of you will want to budge. That’s one of the initial signs that this is not going towards the path of eternity.

If you feel like you’ve been having the same debates over and over again, with no solution, it’s possible you’ve reached a dead end. And when you hit the end of the road, it’s not a subtle sign. You will feel it and you will feel it strongly. You know that you have two options – either let go of the issues and live with it or end it here because neither of you are going to change.

3) You both want different things from life

Sometimes it’s nobody’s fault. We are all different people and we have different dreams and priorities. Maybe one of you wants to settle abroad, live the good life and make shit tons of money. And the other wants to settle down to close to home, with fam and friends in close proximity. None of you are willing to compromise. Then, there’s only one way out, right?

4) The love is gone or doesn’t seem enough

You will find yourself getting attracted to other men, or at least not being attracted to him at all. If the love is gone, then what is the point of being in a relationship? Or maybe you still love him but trust, respect and compatibility seem like they went on a world tour and never returned.

ALSO READ: How You Handle A Heartbreak, Based On Your Zodiac Sign

5) Your mental and emotional health is deteriorating

If a relationship has become toxic and is affecting your mental health, it’s not worth it. In fact, absolutely nothing in the world is worth losing your mind over. Like they say, there are several fish in the pond. Find the right relationship for you. And the right kind will bring you peace and not shred you to pieces.