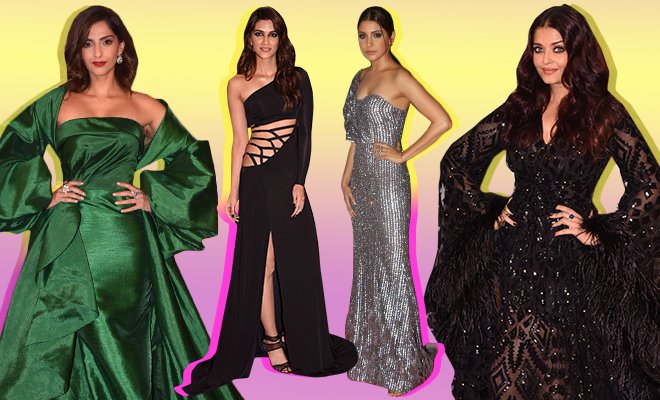 Vogue India completes 10 years this October and the publication celebrated the milestone in the most biggest way possible. Kick-starting the Vogue Women Of The Year Awards this year, last evening played home to the most successful in the industry.

While Aishwarya Rai Bachchan took the award for Vogue Influencer Of The Decade, Anushka Sharma bagged the Game Changer Of The Year award, and of course Sonam Kapoor was the Fashion Icon Of The Year. Besides that, K.Jo won Man Of The Year and Twinkle Khanna proudly owned her title of Vogue Opinion Maker Of The Year.

And of course, how can we leave out SRK who took the Entertainer Of The Year award!

Scroll down to see who wore what at one of the most fashionable events of the season — the Vogue Women Of The Year Awards this year.

Padmalakshmi in a J Mendel gown