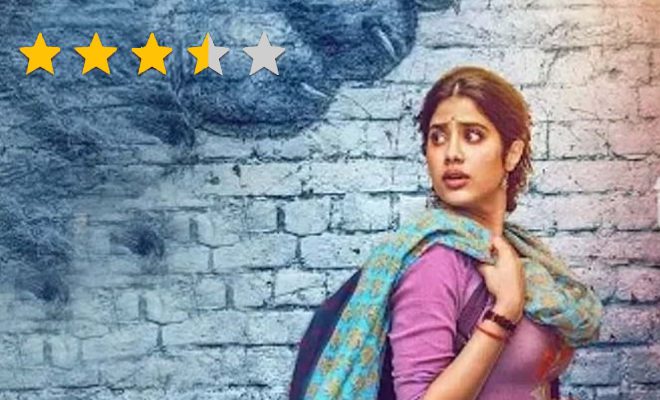 ‘Good Luck Jerry’ Review: This Dramedy Is Like A Happy Meal With funny lines And Great Performances

It is true that a film’s success largely depends on its script, but what if it comes garnished with great characters and perfect performances? It is when we know that it truly has a paisa-wasool plot. Right? And the chords exactly hit it right, when I watched Good Luck Jerry. A script that left traces of Udta Punjab, sans Gabru and maybe some more drama, Good Luck Jerry is the kahani of a masseuse turned drug peddler and her adventurous journey. With actress Janhvi Kapoor playing the titular role, the film brings with it a great platter of characters, played impeccably by actors like Deepak Dobriyal, Sahil Mehta, Saurabh Sachdeva and Sushant Singh, amongst others. Humour at its core, mafias who aren’t supposed to be cute and music that surprises you with a sweet dhun of jazz amidst an intense fight, the film is unconventional in every form.

It opens with an upgraded, lyrical version of Ravi Kishan’s “zindagi jhandwa, phir bhi ghamandwa,” as it introduces the audience to Jerry, her sister Cherry and their mother Sarbati. The opening scene is sure to make you feel an unsaid empathy for Jerry, who loses her father in a car crash. The only note and hope that is left with her is a Good Luck sign. She keeps it all intact, as she takes the job of a masseuse in a nearby parlour to help her mother, who makes momos to meet ends. While it’s a fact that Jerry’s mother doesn’t approve of her job, because “paisa ho na ho, family ki izzat is dear to Indian households,” she shuts her every argument down with fingers plugged into her ears, pretty much like all of us. The story happily has us meeting Janhvi’s so-far impressive portrayal of Jerry, who might be living in a broken home but has a visible blush on her cheeks. Amidst this family tragedy, we also meet a very nosy neighbour (which they all are), played by actor Neeraj Sood. His secret crush on Jerry’s mother is evident through his rare moments with Sarbati (ji), as the blush on his cheeks looks brighter than that of Jerry.

Besides Jerry, we also know of her bindaas sibling Cherry, who is still in school and probably in love with her padosi too. Just like the often-visiting soundtracks that serve nothing to the scenes, Jerry’s Bihari is a rare case in a village swamped with Punjabi-speaking uncles and roadside romeos. It also clarifies her roots from Darbhanga, now planted in the small town of Punjab. Much like Janhvi’s demure face IRL, her character too has a shy spark to it, but the progressing plot confirms her now popular dialogue, “hum jaise dikhte hai, waise hai nahi.”

As the narrative soon leaps to a hospital, where a doctor declares her mother’s excessive coughing, a sign of lung cancer. Jerry takes the tensed, corner seat, wondering about the expensive treatment. With the hope to save her ailing mother and collect some thirty lakhs, she knocks on every possible door for much-needed help. It is when during a random visit to the market, that she is introduced to the world of drug mules, who might look scary but have surprising respect for “ladies.” Jerry somehow falls into a class full of gangsters, as the only girl marking her attendance. With money, which is both massive and sufficient for the treatment, Jerry offers to peddle drugs for these deadly dealers. Like a scene from a Bollywood film, wind again is a paid actor, as it sways across the room to replicate the excitement amongst these men, who watch Jerry enter the room. The leader here, Timmy (Jaswant Singh Dalal) is hesitant to welcome her but soon plants his trust in her. A tiffin box that happens to carry frozen Maggi, plays a pivotal role in peddling the drug from Timmy to his distributor Malik (Saurabh Sachdeva). 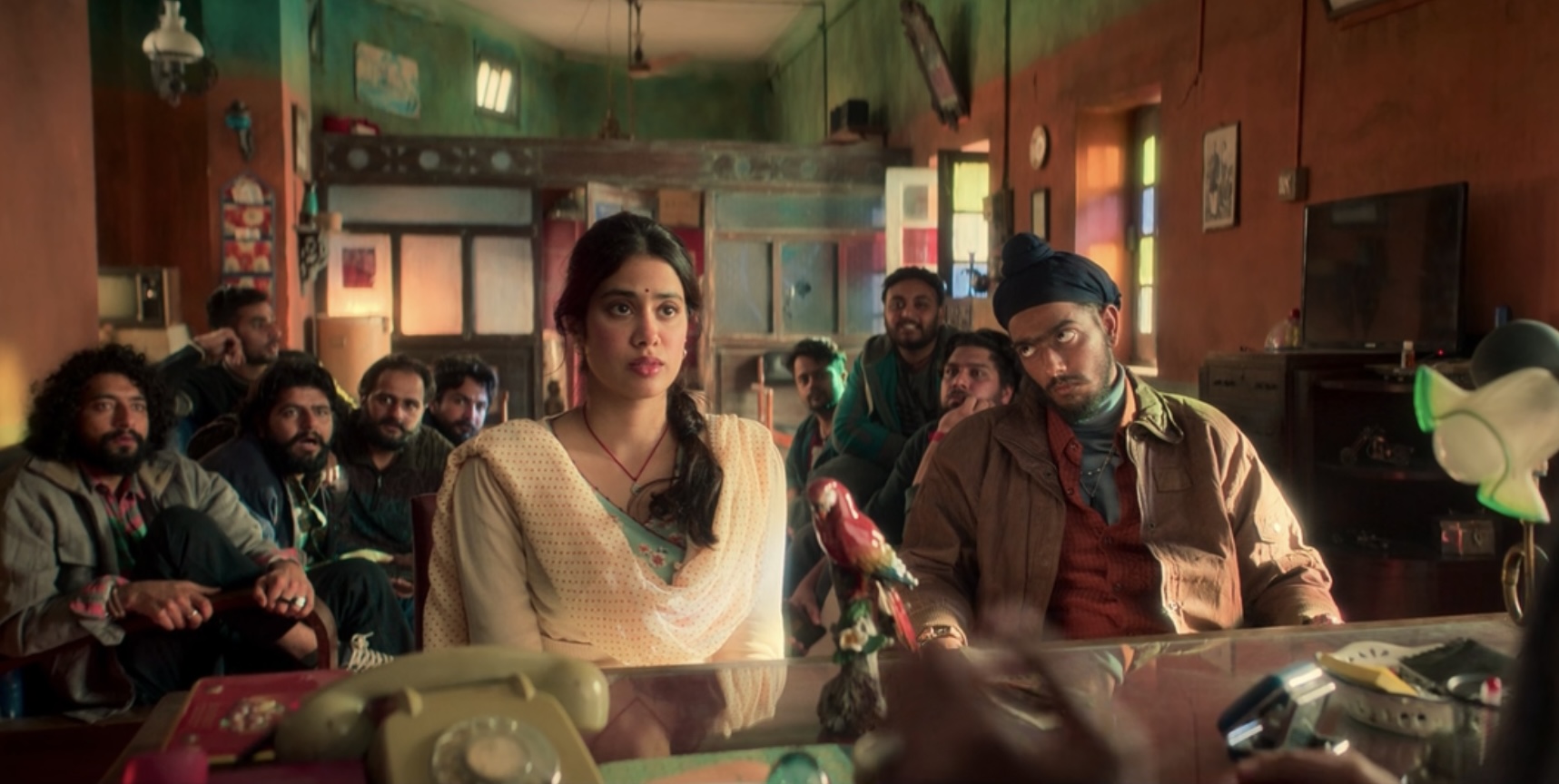 The members of this rather unusual gang, have the conventional surma in their eyes, tresses that are too oily to touch and too curly to trust, and a sardarji amongst them, who serves the funniest laughs and deadliest looks. Played by actor Sahil Mehta, who plays Jigra, (as his bosses call him), he nails the role as a speaking Wikipedia, with peculiar  slang and hands that swiftly move to his back pocket for terror doses offered by his gun.

For heads as crack, as they look, Jerry manages to win the biggest zeroes, that finally match her financial goal. In a rare case for Bollywood, jokes land on time and are also funny, but a dash of racist excerpts raises many eyebrows. Jerry as played by Janhvi wears the lie on her face, which comes painted with colours of truth. Janhvi manages to weep and smile on occasions when needed, but hopes for the audience to tighten the rope of connection with her. It is hard at times, but one needs to stay with Ms Kapoor to know what happens ahead in the film. Instances displaying her connection with these dealers take Jerry to a brink. A point where one has to either jump off or get shot in the head. We know it is the turning point when Jerry requests her boss Timmy to let her quit. An always smiling Timmy promises Jerry a safe departure but displays his true colours when she comes to collect her payment. A lovelorn Timmy who barely supports his broken neck with sparkling cervical collars breaks into a tussle with Jerry and the story has us all intrigued. It is then that you know the gang is behind you.

A helpless Jerry hopes to find help in her super boss, played by Sushant Singh. But it’s just like hammering your head on a wall. A furious Sarbati thrashes Jerry for the mess but dives in with all her heart to rescue her daughter. The chaotic story of a masseuse and drug peddler has her little family running for the same cause, with an uninvited, but enthusiastic neighbour, jumping in to help. While villains in this plot don’t torture your ears with the mandatory “hu-hu-haa-haa” crackle, they do serve laughs marinated with death threats. Daler’s (Sushant Singh) dim-wit employees have lesser screen time but impactful performances, as proved by Sahil Mehta’s Jigar. Some other weirdly located characters of Deepak Dobriyal and an always-running groom, are less-used but knead the plot well. Deepak Dobriyal’s peacock-haired Rinku is a sweet, but self-acclaimed lover to Jerry. In his head, he’s got both the looks and the ladki, but reality hits him hard by the end. The tears are real, I must say. A running dulha for Jerry’s little sister Cherry is another aashiq in the town. With the right flavours of a daily soap drama, his presence is awkward but not avoidable.

Amidst all the mess, a very tensed Jerry pulls out a million tricks to tackle the deadly gang. Her sharp wit is soon put on display when both the goons and police find themselves tricked by her tactics. The narrative here is refreshing but fast-paced to sink in. The recipe seems right, the ingredients too, and it feels both delectable and easily detachable. For a change, the characters rise above the script and display their quirky persona in the littlest time allotted to them. An updated, a little more refined version of Janhvi is surprisingly good. She refuses to leave your sight for even a second, in this close to the two-hour-long film and keeps up with her Bihari accent, time and again.

Besides paperwork done by writer Pankaj Matta, the visuals are no less spectacular. The less-lingering scenes, and quick pace promise to hold your attention till the end. This definitely runs in favour of the film. The colours in every frame are brightly-lit for the gullies and dim, dark to mimic the shady business in dingy rooms. Every character has a stark appearance and a wardrobe that makes sure to help you identify the hierarchal system of these white-powder servants. Besides Jerry, her mom and sister Cherry wear their distress and poverty on their faces and clothes.

Based on Nayanthara’s popular Tamil film–Kolamaavu Kokila, Good Lucky Jerry has traces of the original but displays a shift as it reaches its finale. Director Siddharth Sen, churns out the best in every character, with a script that comes decorated with chaos. In his very own recipe, he simplifies the world of drugs for us. The narrative is adorned with dialogues like “police and chore ka game is actually chore aur chore ka game,” hinting at the underline theme of corruption. Every line holds the native nuance of the town that these characters reside in, which helps us have faith in their authenticity. The story does the duty of explaining every move by Jerry in the first half but finds itself deep down in a plot hole when the narrative, hurries to race till the finale. The editing here cuts the plot into multiple halves to squeeze it in a span of two hours. The runtime again is a problem here. The viewer here, hustles hard to keep up with Jerry’s unreasonable tactics, that assures you of a surprise but refuses to break down the logic behind it. There are questions that pop in between, to investigate answers like, “how did she manage to do that?” “Or when did she plant the drugs there?” etc. On these occasions, I found myself sitting next to the goons’ sides, who seemed as clueless about the main lead’s plans, like myself. The camera angles by DOP Rangarajan Ramabadran, employ reality to our screen with low angles to showcase the scare of these traffickers and top views for moving humour. The Priyadarshan-esqué comic timing saves the ride through bumpy roads. 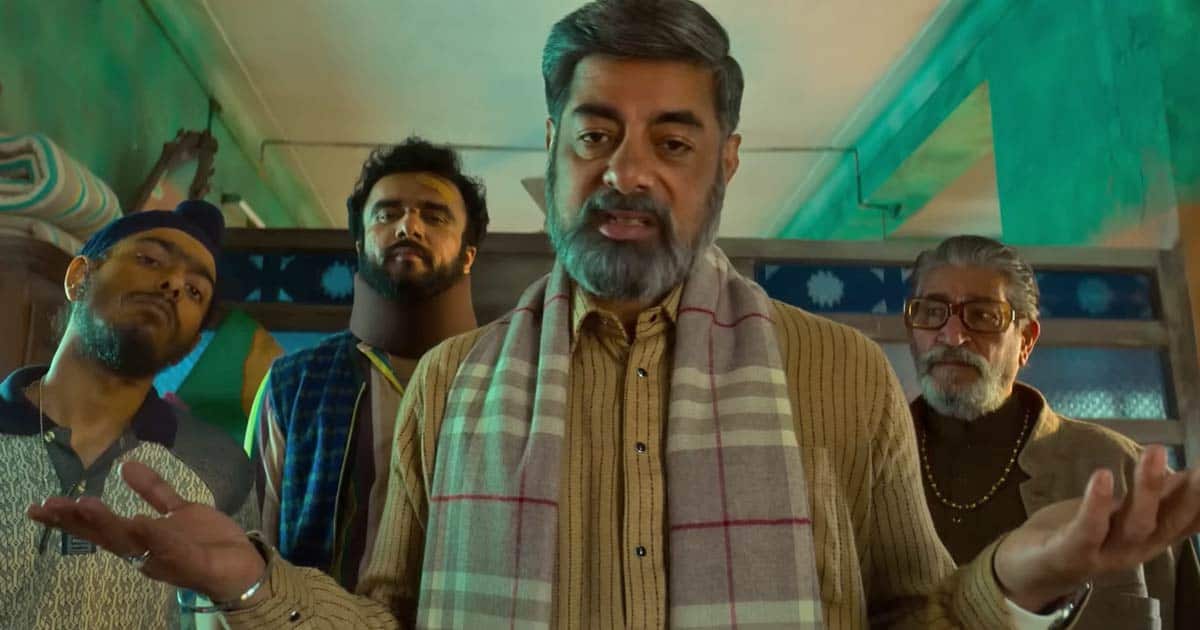 The colours in every frame and character graphs are impressive. The music is melodious for bus rides and jazzy for fights but makes sure to serve suspense in between. The gunshots too are scary, with Sushant Singh’s not-so-good boy persona feeding Jerry’s fear. Ignoring the few holes that fail to let the plot sink in, the biggest laughs make the journey joyous. To me, the film is both momo and a teekhi chutni, and which I successfully savoured.

You can watch Good Luck Jerry on Disney+Hotstar.

Benefits Of Weightlifting For Women
By Priyadarshini Malavia
On Oct 4, 2022