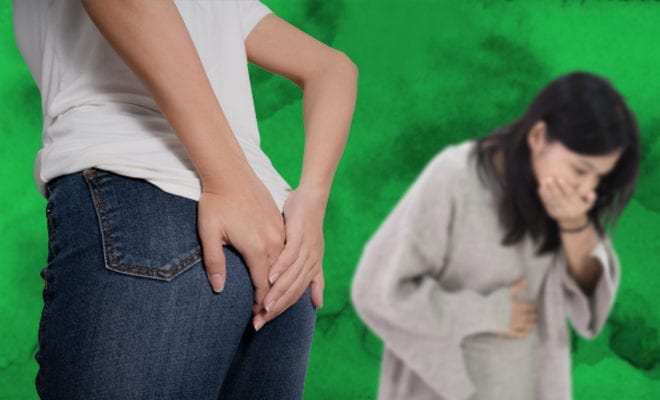 This Woman Farted In A Gym And It Smelled So Bad That A Woman Puked And The Gym Had To Be Evacuated!

It doesn’t matter how controlling you might be in nature, there will always remain a few things that are going to be out of your control. You feelings, your thoughts, a yawn and well unfortunately, a fart. No matter the time or the place, most people neither feel too comfortable nor can do much in way of exerting control over an escaping fart. And one lady who certainly didn’t feel the need was weightlifter Maxime van den Dijssel, who recently shared a story of a time she farted so bad, that a woman ended up throwing up.

A story that has led me to continuously laugh and get confused, even as I write this down, considering the nature of the incident,  Maxime once farted inside of a gym and that’s seemingly harmless by most accounts. Like peeing in a pool, we’ve all done that at one point. Most people fart in public spaces, and even the non-stealthy ones are forgotten about soon enough.

Except, this wasn’t an incident to be forgotten. Turns out. Maxime’s fart was so unbelievably smelly that it led another woman inside the gym to actually throw up from the horrible smell.

Also Read : This Woman Makes More Than 3 Lakhs A Month By Selling Videos Of Her… Farting. BRB, Changing Professions!

Apparently, Maxime had had a heavy night of kebabs and drinking that ultimately became responsible for the lethal fart that made a woman sick. And what’s more, the gym thought that there were some serious sewage issues inside the premises.

She could be heard saying, “This one time I went to a spin class after a night of heavy drinking and 4am kebabs and I farted a fart that smelled so bad that a girl threw up and they had to evacuate the entire gym because they thought they had a sewage problem.” She went on to also say, “I was too embarrassed to tell them it was just me. So now, eight years later, I’m telling you guys,” almost like lifting a weight off of her shoulders.

Several people chimed in to share their own experiences, where one person wrote, “I farted and the smell woke my husband out of a dead sleep. He sat straight up and said, ‘The dog definitely s*** somewhere and we gotta find it.'” While one other user wrote, “I farted in class so bad they made everyone check their shoes for dog poo. I laughed so hard I had to leave.”

Also Read : This Woman Reported Her Brother To The Police For Farting On Her Toothbrush