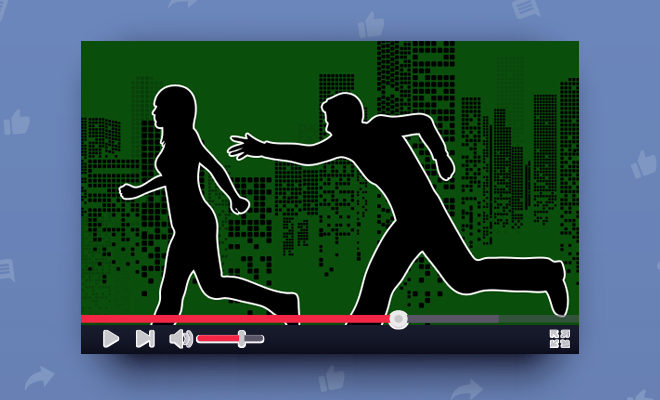 Why Are So Many Indians Watching Prank Videos Of Men Grabbing And Sexually Assaulting Women?

When I was younger, I spent a lot of time planning and plotting pranks to play on my cousins. Every summer vacation, we would torment each other by jumping out of closets or tying shoelaces together, it was probably the best times of my childhood. Even now, I am a huge fan of pranks. Here’s the thing though, as you grow older, you realize that a few things are just not funny. For instance, jokes about rape and sexual abuse, not funny. But unfortunately, this isn’t common knowledge. Multiple YouTubers make prank videos that show them groping and molesting women, obviously without their prior consent. The National Commission of Women has taken cognisance of the matter. Okay, as much as we appreciate them taking swift action, it’s nowhere enough.

I understand that in today’s world, being a YouTuber is a legit profession. The main aim is to get as many views as you can. But just how desperate are people? They’re going around harassing women on the road and uploading the videos on Youtube in the name of pranks. Who is laughing at women getting groped and why? It was called out by a Twitter account, ‘Youth Against Rape’. They noted how these Youtubers were harassing women and making videos, all without consent.

The Twitter thread started by them also observed how some of these channels have lakhs of subscribers. Some of the content creators are even verified. Just how incompetent are the content filters on Youtube? The Youth Against Rape thread also observed that some of these pranks aren’t even legit. Although sometimes, people involved do give consent. A lot of the times though, consent is just completely ignored.

Guess what's the new trend? Sexual abuse in the name of pranks! The easiest way to invade consent and earn money on YouTube, is by starting a prank channel! It's the most viewed content by Indians! @NCWIndia @rsprasad @PrakashJavdekar @sharmarekha @DCP_CCC_Delhi #CensorPranks pic.twitter.com/55rTgRNf5d

Also Read: Three Men Belonging To A YouTube Channel Crew Were Arrested For Harassing Women To Get Views.

Tagging the NCW chief and Union Ministers Prakash Javadekar and Ravi Shankar Prasad on Twitter, Youth Against Rape tweeted, “In the name of prank today’s generation is spreading filth, no relation is bared neither any sensitivity is portrayed. The girls are being touched publicly for such cringe content. Will, you still keep quiet seeing all this.” It further added, “Above we showed you today’s reality. You still want to be silent seeing all this? Don’t forget your silence will just give rise to more such pranksters.”

This tweet and the disgusting video attached to it got a reply from the NCW chief Rekha Sharma. She said, “Will take it up with @YouTube.”

The fact that the NCW chief responded is great but it begs the question, is merely ‘taking it up with YouTube’ enough to stop these “pranksters” from creating such vile content? We need stricter laws and a more efficient screening process. People who are running such channels and making videos that depict sexual violence of any kind need to be immediately banned from the platform. The bottom line is, no matter how many followers you have or views you need, joking about or portraying sexual assaults, especially without consent, is not funny. Never has been, never will be.

Let’s hope that the NCW does actually act on this and collaborate with YouTube to get rid of such content creators.

YouTuber Reveals 7 Basic Things Women In North Korea Aren’t Allowed To Do, And It Sounds Like A Horrible Life