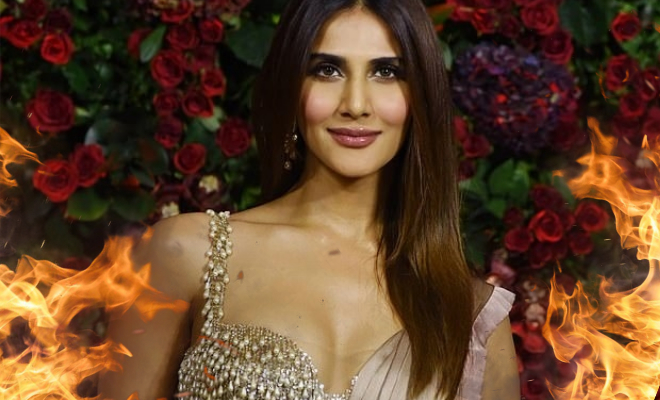 Vaani Kapoor Doesn’t Want To Look Sexy Because She Wants Her Talent To Shine. Why Can’t Both Go Together?

Vaani Kapoor made heads turn with her sultry look in Befikre opposite Ranveer Singh. She came fitter and sexier, to that extent that naysayers even claimed she had gone under the knife. It was this movie that took her image from the girl-next-door to the sexy-girl-next-door. Vaani looked equally stunning in the action-packed teaser of her upcoming film War, alongside Hrithik Roshan and Tiger Shroff. However, when she got offered a skincare brand endorsement, she turned it down because it required her to wear a swimsuit.

According to a Mumbai Mirror report, Vaani doesn’t want to be limited to looking sexy; she wants people to focus more on her talent. She is working on altering her image and believes that another project that requires her to flaunt her hot bod will just defeat the purpose. While we understand that she doesn’t want to be put in a box, it is so unfair that actresses have to play it down. Why does a female actress have to go de-glam for her acting skills to be appreciated? For instance, Sonam Kapoor’s acting skills have always been dismissed because she likes to keep it stylish. And when she went de-glam in Neerja and Delhi 6, she was actually appreciated for her work.

Unless you’re working in the creative field, a lot of women are not taken seriously if they invest their time in being fashionable. It’s almost looked down upon. Like hey, if my red lipstick or gold hoops distract you, then it’s not my problem! You need to work on your point of focus. Which is why, it sucks that Vaani has to refuse an endorsement based on this, though we can see why.

ALSO READ: The Teaser Trailer Of ‘War’ Is Out And Even The Cars Got More Screen Time Than Vaani Kapoor

However, she is very excited at the moment for War. In an interview with Indian Express, she revealed, “It’s exciting and I am doing something different in this film. There is a certain training I am required to take up and I am already on that path. It is one of those much-awaited action films, which even I as an audience is looking forward to. It is shot in beautiful locations and have the best action guys on board. So very excited.” The movie is set to hit the cinemas on October 2.