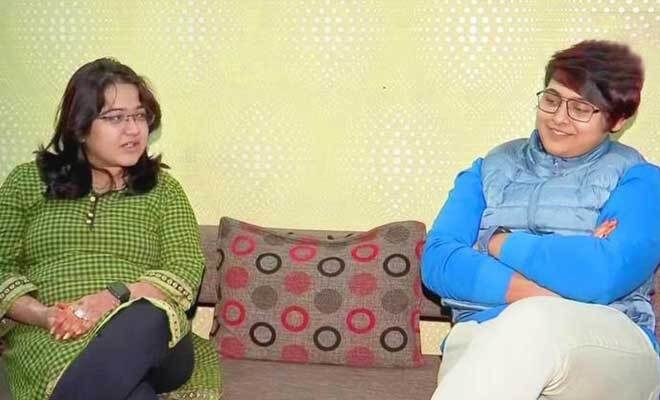 The LGBTQ+ community in India still has a lot of battles to fight. But there is no denying that in recent times, they’ve seen quite some wins. There are more and more Indians who are not only opening up about their sexuality but also planning a future with their partners. In fact, one such couple recently got engaged! Yep, two women doctors got engaged in a ‘commitment ring ceremony’ in Nagpur and are now preparing for their wedding in Goa!

Last week, two women doctors – Dr. Paromita Mukherjee and Surbhi Mitra – from Nagpur, Maharashtra made their relationship public when they got engaged in a ‘commitment ring ceremony’ and are now planning their wedding in Goa. In an interview, they opened up about their own individual experiences about opening up to their families about their sexuality and wish to marry each other.

Maharashtra: Two women doctors in a 'commitment ring ceremony' in Nagpur last week took vows to spend their lives together as a couple

"We call this relationship 'lifetime commitment'. We are planning our wedding in Goa," says Paromita Mukherjee, one of the women pic.twitter.com/v4omRiLtkq

One of the woman doctors, Dr. Paromita Mukherjee, spoke about her experience and said, “My father knew about my sexual orientation since 2013. When I told my mother recently, she was shocked. But later she agreed because she wants me to be happy.” In fact, even her partner, Surbhi Mitra said that her family never expressed opposition to her sexual orientation. She further added, “In fact, when I told my parents, they were happy. I’m a psychiatrist and many people talk to me about living a dual life because they couldn’t take a stand for themselves.”

The doctor couple marked their relationship as a lifetime commitment to each other with a commitment ring ceremony wherein they got engaged to each other. In the ceremony, the two women took vows to spend the rest of their lives together. The couple also said that they plan to get married in Goa soon.

It is true, isn’t it, that some couples deserve a happy ending? Well, they are definitely the couple that deserves it! I mean, this same-sex couple once again proved that love will always prevail over any societal prejudice and stereotypes. And what can be more beautiful than seeing two people who love each other, married?

First Tamil LGBTQ+ Song ‘Magizhini’ Is Out, Featuring 2 Women In Love. And People Are Here For It!