Trending On Youtube: A Scene From Soldier That’s Sexist, Racist And Features Harassment For Laughs 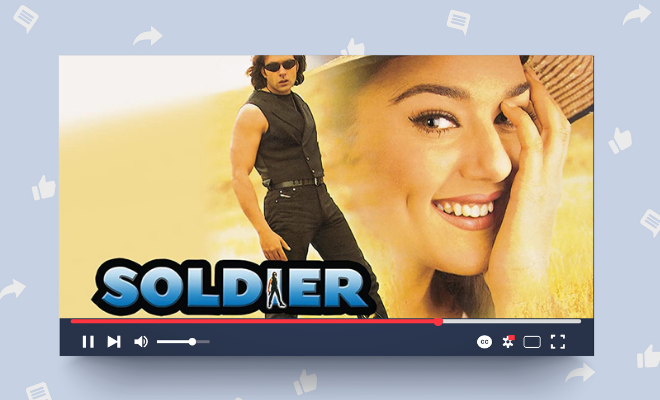 So I hang out on Youtube. Because this is where the meat is at. It’s funny, weird and at this point, anything makes it to trending. I say this because in the number 4 spot on Youtube India right now is a scene from the movie Soldier. It’s supposed to be a drunk scene and, I imagine it is supposed to be funny as well given that there is a dog peeing on someone for laughs. Oh, and a man’s pants fall down. Hey, I didn’t say I thought it was funny. Just that this was there for laughs.

I am ten minutes into this thing, and by that I mean this clip. And I can’t wrap my head around these activities that are going on. But it’s trending so clearly people are watching it. The scene opens with a dog peeing on a guy whose dreadlocks are a clear cultural appropriation and that’s not the worst part. Then a man’s pants fall down and the whole thing is entirely unfunny. This is followed by Bobby Deol applying ketchup on his face trying to get sympathy points from Preity Zinta. Even if this was in the context of the movie, this entire thing made no sense.

Yes, we are talking about Bobby Deol. The man who insisted on playing songs from Gupt on repeat in a club during his short-lived career as a DJ. And in this scene, I can see why he would be better suited to be a DJ. I mean, there’s not much in terms of emoting that he is able to do. As all men in Hindi movies must do, Bobby Deol pursues Preity Zinta, trying to get her to kiss him. It is at this point that it becomes a cluster-fuck of misogyny, no understanding of consent and stupidity.

In this clip which I must be paid to watch, Preity Zinta is out for a run where she agrees to meet a creepily persistent Bobby who is hiding behind a tree. When she agrees to meet him, he jumps her from behind a tree. He then hands her his wedding card. And shows a picture of the woman who he is going to marry. The picture is of a woman of a darker complexion and she’s heavy. Obviously, she’s no good because who marries a woman who isn’t in possession of porcelain skin and the right BMI? So she feels bad for him and agrees to go out with him. On this date, they get drunk. And Bobby Deol is nothing if not persistent to the point where I am starting to feel harassed.

He tries to get Preity to kiss him. But she stops him several times for inane reasons but the one that stands out if that sh says this (kissing) is something that should be done after marriage. WTF is the this nonsense? And so, as couples often do, they are casually sitting outside a church watching someone else get married. Do they have nothing to do, nowhere to be?

At this point, inspired by the couple getting married, a likely side effect of doing this, is that now Bobby Deol wants to marry Preity. And so she says he must speak to her dad. Preity calls up her dad who, for some entirely inexplicable reason, is dressed in white from head to toe and has people who look like extras from the MIB set as his security. On the call, the dad (why is this movie so full of creeps?) explains that he has an eye on every move that Preity makes. The next scene establishes that the dad is up to no good and is on the wrong side of the law. Some random rubbish happens.

Now, for some entirely illogical reason, Preity and Bobby are in a helicopter where she points out to him the islands her father has bought her for her birthdays. And here I can’t get a tile for my birthday. Then, as they approach the father’s home, he, from all the distance away, waves enthusiastically at her. At this point, evil or not, can I suggest a blanket ban on bathrobe clad men? Thanks

Turns out Bobby Deol is no doodh ka dhula as well. Anyway, another horribly racist scene later, this ends. Why is this on number 4 on Youtube India? WE shall never know. That being said, what’s trending on number 1 isn’t much better, so that’s that. 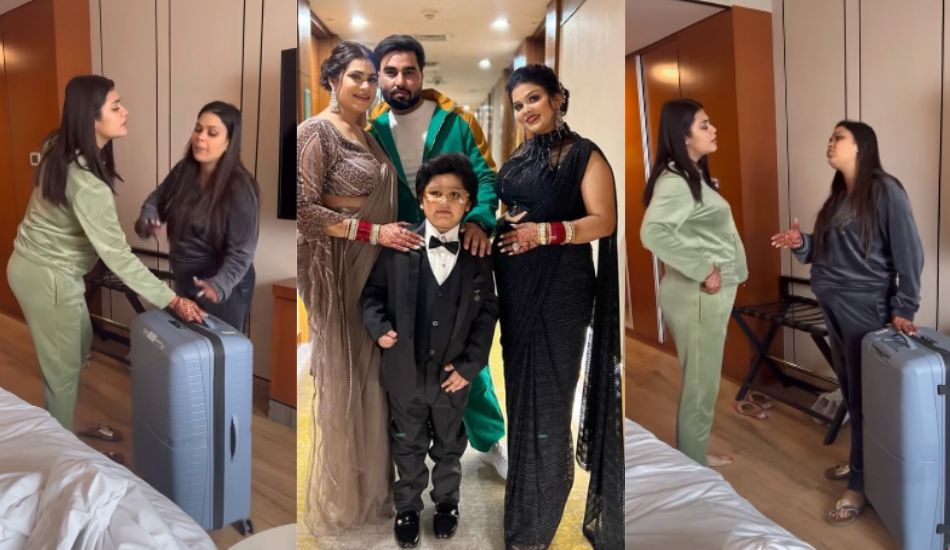 We're still shocked over the fact that he has 2 wives!