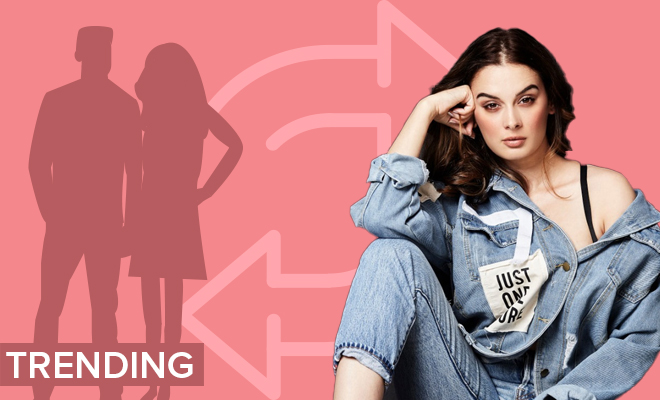 #Trending: Evelyn Sharma Says She Was Replaced From Films Overnight By ‘Someone’s Girlfriend’. Clearly, The Nepotism Debate Is Still Raging

This year has been much like a blunt force trauma to the head. No, there is no funny spin to it. From the coronavirus outbreak, to the dipping economy to the suicide of the young and talented Sushant Singh Rajput, it seems like we’re in the middle of the most unpredictable year in the history, one where anything can happen but what does happen is mostly bad. And we say this after Bollywood, after the demise of Sushant Singh Rajput, seems to be actually fragile, with bruised egos, plenty of butthurt people and lots of skeletons have tumbling out. The conversation is invariably centred around nepotism.

The passing away of the Kedarnath actor has opened a can of worms, where every artist who ever faced the brunt of nepotism in the industry, felt compelled to speak up and corroborate his story. One such actress was also Evelyn Sharma, who talked about it in one of her recent interviews.

Speaking about how she wasn’t just stereotyped and typecast, but also often chucked out of movies because someone else wanted in, she said, “All of it made me stronger actually. There have been times when the roles offered to me had no scope to perform. Then I’d get replaced overnight because someone’s friend or girlfriend wanted to do the film.” And that right there, shows just how connection-oriented Bollywood can be despite the claim that it values talent.

Also Read : Soha Ali Khan Says Nepotism Exists But Show Your Support For Good Actors By Buying Tickets To Their Movies And Following Them On Social Media

She further added, “It was quite shocking and horrible experience for me. Initially I’d think those ‘why don’t you come over for drinks’ offers were for good only to find out later that it wasn’t. What’s nepotism? The power and money game that happens in Bollywood is a different thing altogether. Thankfully I managed to stay away and found my small space.”

And the fact that actors who enter the industry solely on their talent have to work doubly hard and relentlessly to even get a foothold in the industry, can be upsetting to anyone. While you are struggling, others get by with a mere call from a well-known person and it is understandably disappointing. To find out that the industry we’ve grown up admiring is actually built on weak morals and survives only on those who are well connected kills any aspiration you might have.

Talking about how she still feels to be stereotyped into roles of a woman who can’t speak Hindi, she said, “”After 10 years in Bollywood and having done 15 films, people still feel I won’t be able to deliver my dialogues in Hindi. I mean that’s disappointing. I know Elli (Avram), Elnaaz (Nourouzi) also go through similar grind.” Guess it is time people in the industry start giving credit where it’s due, and learn to move past just appearances and stereotypes, and actually promote talent, not just family names.

Also Read : A Video Of Rohit Shetty Defending Sara Ali Khan Against The Nepotism Debate Has Gone Viral. Apparently, Sara Begged For The Role. Most People Don’t Even Get That Chance