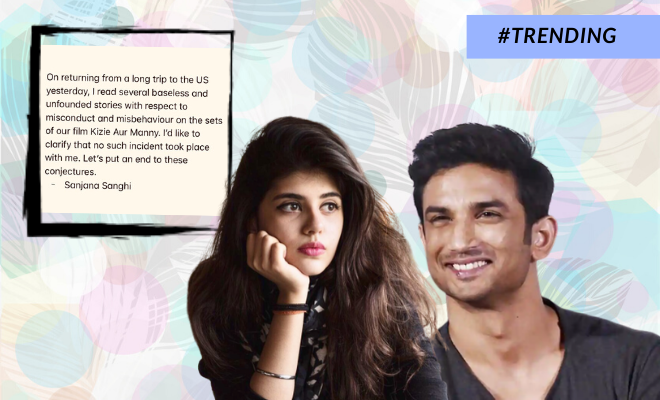 In my experience, there are always a few moments, a few instances that are capable of changing a life or in this case, for an entire industry and a country. Sometimes, the change we so desperately want other people to acknowledge, comes only after we’ve tasted tragedy, and this time the one who was sacrificed into being reduced to an example for the world was Sushant Singh Rajput. The young actor’s demise left a void in the industry that perhaps no star kid will ever be able to fill but it’s also started a conversation about nepotism and mental health.

Sushant Singh Rajput’s death opened up a can of worms, with the media leeching on for some TRPs, people opening dialogues for mental health and Bollywood putting up a defence against nepotism, making it all about themselves. And in the meantime, his memory with fans has stayed strong, as people remembere him for his candidness, his interest in astronomy and his choice and performance in movies. But that wasn’t until his unfortunate death. Back when he was still alive, people had little to no regard for his word, for his candidness or even what he stands for. There were fake allegations against him that his last co-star, Sanjana Sanghi has finally put to rest.

Late actor Sushant Singh Rajput’s upcoming film with debutante Sanjana Sanghi is slated to release this year, but back in 2018 when they were still shooting, there were quite a few rumours floating around, alleging that the actor had sexually harassed his co-star. Disturbed even then, there were times when the two clarified that these were baseless rumours, but since truth seldom makes for good controversy, their word was cast aside as meaningless.

Conversing with the actress now and addressing the topic head on, she said, “Everyone thinks only Sushant was the one troubled there but I was as troubled. We knew our truth – I know what he meant to me, he knew what he meant to me and that’s what is important. We were on set shooting every day. When one or two articles come, you can’t pay heed to every rumour that comes out, so you just let it go.”

She then further went on to talk about how she lost faith in the ones still printing false news and said, “Nothing changed between us because there was nothing. All that happened was, ‘How should we make them believe the truth?’ Imagine what a sad state of affairs it is for two people who actually adore each other to have to sit back and be like, ‘How do we prove it?’ He was like, ‘Should I put out these chats?’ I said, ‘Go for it, maybe that will help.’ So he put up the chats but still people were refusing to believe it. Then I, the girl who has supposedly accused the boy, put out a clarification. Even that didn’t work.”

This was after Sushant Singh had put out their chats up on social media as a proof to deny any false allegations of sexual misconduct. Sanjana too, clarified in a tweet following his Instagram post, on how the rumours were baseless. Talking about it again, she recently said, “I shouldn’t have needed to clarify anything in the first place is the point. Because nothing happened. He was the greatest co-star I could have had and I have every ounce of love and respect for him, as he did for me. If something had actually happened, we wouldn’t have gone ahead and finished our Paris schedule, finished our film… It would have not been like this. I just would really urge people to really believe the truth. It’s sad that the truth is not fed to them, though, and it is not their fault.”

The movie, Dil Bechara where Sushant will be seen lighting up the screen for the last time is set to release  on Disney+ Hotstar on July 24.

Also Read : Sushant Singh Rajput’s Death Has Pulled The Mask Off Of An Industry That Lives For Appearances. And The Stars Are Being Called Out