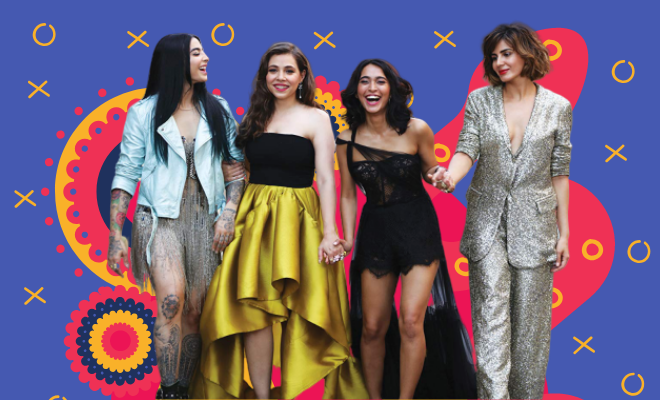 This Women’s Day, I Learned That Feminism Is Contagious. That You Shouldn’t Take Sexism Or Allow It And True Change Will Happen

I consider myself  an empowered woman. I have grown up with a clear concept of equality. I am not afraid to take a stand for my rights and I do not entertain chauvinistic behaviour in my life. For me, cooking is not a woman’s job and everyone should know basic cooking because it’s a survival skill. But I also feel that paying for dinners is not a man’s responsibility. If you’re making money and are an equal, you should be able to pay for the dates too.

But then again, these are the more obvious discrepancies in gender roles. There are so many biases and prejudices against women that we don’t even realise are happening. Even in our relationships, men feel superior and rather entitled. Women are expected to forgive, understand and accept the man’s moods, needs and flaws. Women are seen multitasking – taking care of the house, children and her husband and managing a career. Men hardly play a role in the domestic duties. It’s just how it has been. And in households where the mothers have been actively promoting and practising such patriarchal ideas, the bahus have a hard time dealing with it. She can either join in and partake in the sexism or put her foot down and be hated.

However, this article is not about the glass half empty. It’s not about worrying about the dark but rather about lighting up the entire room. I wanna talk about women who are empowering themselves each day and inspiring other women to do so. When we see a woman taking a stand against the casual sexism we accept in our daily lives, we are forced to reflect on our own behaviour. We think why are we okay with that? Why must we say yes to compromising on our self-respect?

Recently, I watched Taapsee Pannu’s Thappad and her character in it was as inspiring to the other women in the film as much as it was to us. In the first half of the film, you see the women in her life trying to force feed compromise to her. They tell her that the wife must always be understanding and sacrificing and that a slap isn’t such a big deal. That or they are completely aloof to her ordeal. However, it’s not like they don’t know that she doesn’t deserve to be treated that way. It’s not like they don’t know they are not being treated as they should be. But eventually, with her taking a stand for her self-respect and rights, it makes all those women think about why they are not asking for more from their men- that they understand, accept and drop the crown of misogyny.

Being with women like that inspires you to speak up, to empower yourself and to be vocal about your needs. You feel guilty almost for not having done it yet and you feel like you’re letting yourself down. In fact, I would feel I am letting all the other women down. Because this is not just about me. Empowerment is contagious and I owe it to other women to not uphold patriarchy.

ALSO READ: Instead Of Those Whatsapp Forwards, Here Are 10 Things We Really Want This International Women’s Day

Women who accept patriarchal values are normalising it and setting a benchmark that other women are expected to fall in line with. We owe it to each other to create new sense of normalcy, the kind that’s laced with equality and respect. We need the men to know that sexism is not okay and won’t be accepted. We need to raise daughters who are strong and independent. We need to raise sons who know nothing but equality. And we need to unanimously shatter sexist norms. Let’s create a feminist world and inspire the people around us to be moved and move others.

ALSO READ: According To UN’s Latest Report, 90% Of The Population Is Biased Against Women And It’s Getting Worse. We Didn’t Need A Study To Tell Us That