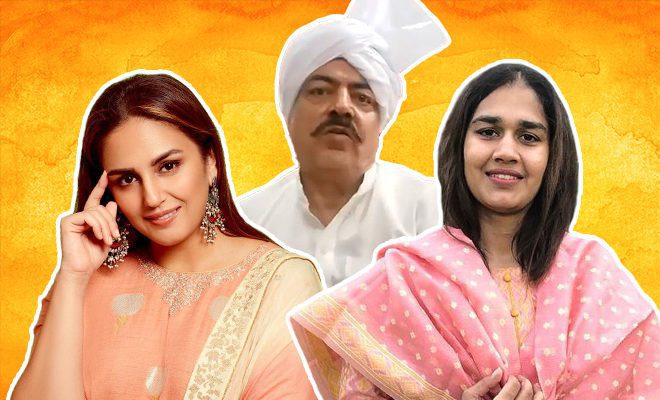 If I had a rupee for every time someone made stereotypical and sexist comments about women, my bank account would be overflowing. Why can’t people just accept that women can do everything a man can? It’s not rocket science. But I guess common sense is a little uncommon among misogynists. I say this after a TV actor made a video for social media wherein he spoke about how women should not be allowed to leave their houses. Thankfully though, he was given a fantastic reply by Babita Phogat. Hopefully, her response will deter anyone else from making such offensive comments.

The man responsible for making these sexist comments is a TV actor. He will be playing the role of a sarpanch in a Zee TV show. Reportedly, his character will also be a misogynistic pig who discriminates against men and women. It’s shameful that we are still portraying characters like this. What’s worse are the comments he made in a video that was posted on social media.

In the video, he spoke in a local dialect and said, “Once women step out of the house they get out of hand. So take my advice and keep the honour of the house inside.”

His misogynistic comments weren’t going unnoticed. Famed wrestler Babita Phogat made a video in response to this offensive one. In her video, she basically told him that men and women can bring honour to the house and that his regressive mentality is the problem.

She said, “You think you have said something amazing? Now listen to me. Girls are no less than anyone. Don’t think that I am speaking out of place but both girls and boys know how to maintain the honour of the house. Not even a kid has such a small ideology. Tau teri yeh soch manne samaajh k liye hanikarak laage (I think your thoughts are harmful to society).”

For all those of you who didn’t get the reference in her last line, she is talking about the song Hanikarak Bapu from Dangal. The movie that was based on her family. Her response is perfect and it’s something all misogynistic men need to hear. Locking a girl in the house is not the solution.

The compilation of these two videos was shared by actor Huma Qureshi. She lauded Babita’s response and wrote in the caption, “Lately, this Tauji has been getting a lot of attention on the internet. I believe such people shouldn’t get any recognition but they certainly deserve a reply and @babitaphogatofficial gave him a perfect one. We are proud of you, Babita Ji! #TaujiBasKaro because #TasksSeeNoGender.”

Hopefully, this man learns something and changes his thinking. It’s bad enough that after all these years of fighting for equal rights, people still want to lock us in the house to preserve “honour”. We need to move forward not backwards.