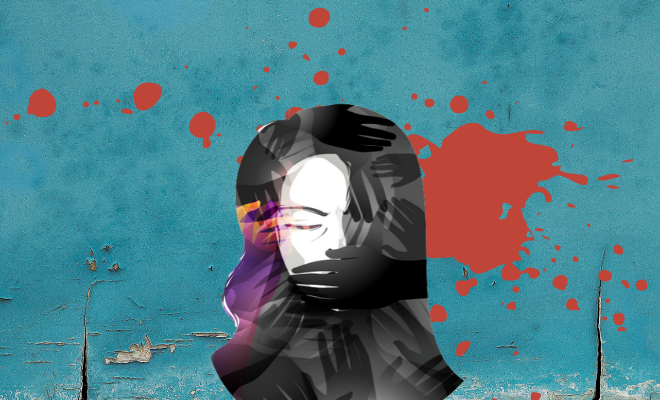 The Haryana Assembly Passed A Bill That States That Sex With A Minor Wife Will Now Be Considered Rape. It’s A Good Start

Excuse us while we gather our wits. Because this has happened in Haryana. Yes, that’s why it’s shocking. Of course, we are not saying that women are treated better in the rest of India but Haryana has a reputation that precedes it. The state is known to treat its women like cattle. No, that’s not true. The state treats its cattle better than its women. So that a law should be amended in the state, which would imply that men aren’t supreme beings, is an exercise that comes as a shock to us.

But in a surprising turn of events, Haryana might finally have stumbled upon some common sense and well, balls, to have ruled that sexual intercourse between a man and his wife of 15 to 18 years of age amounts to rape. Ideally, you shouldn’t be allowed to marry a girl (she’s a girl, alright) but let’s leave that aside for the time being.

Section 375 of the Indian Penal Code lays down the conditions that tantamount to rape. In Haryana, there was an exception under to this that ruled that sexual intercourse between a man and his wife of 15 to 18 years of age would not amount to rape. This, thankfully, has recently been amended by the apex court, on the grounds that it is subdued by the Section 6 of the POSCO act which is a special law and prevails over section 375.

Also Read : Spain Just Changed Its Laws Which Means That Any Act Of Non-Consensual Sex Will Be Considered Rape. We Think This Is Great

Up until now, the argument was that child marriage in our country is a real phenomenon and needs to be protected, which is how the men who would have sexual intercourse with their minor wives were being protected. But as the Supreme Court questioned as to how that could be allowed, considering the age of consent is 18, the SC rejected the center’s plea and announced that any sexual intercourse with a minor would thereby be considered rape. However, not all states had outlawed sex with a minor.

Taking a cue from Karnataka that passed this bill two years ago, the Haryana Assembly also made sex with a minor illegal. The bill now states, “The Apex Court reached a conclusion that the best solution has been found by the State of Karnataka – the State Legislature of Karnataka (in 2016) has inserted sub-section (1A) in Section 3 of the Prohibition of Child Marriage Act, 2006 thereby declaring that henceforth every child marriage that is solemnized is void”.

This definitely is a landmark ruling for women, especially for a state like Haryana where women and their rights are simply not a matter of consideration. But with this reform in motion, we may have hope that at least the most basic of rights might not slip through the hands of women.

We are hoping that with this amendment in place, the entire practice of child marriage in India will be impacted and that it will limit or better yet, stop from happening altogether. Because it is about time that the young girls are not subjected to forced marriage and sexual relations by the society and its orthodox beliefs.

Also Read : In Assam, A Group Of Seven 10th Grade Boys Rape And Murder A 12-Year-Old Girl. The Criminal Is Getting Younger And It’s Scary