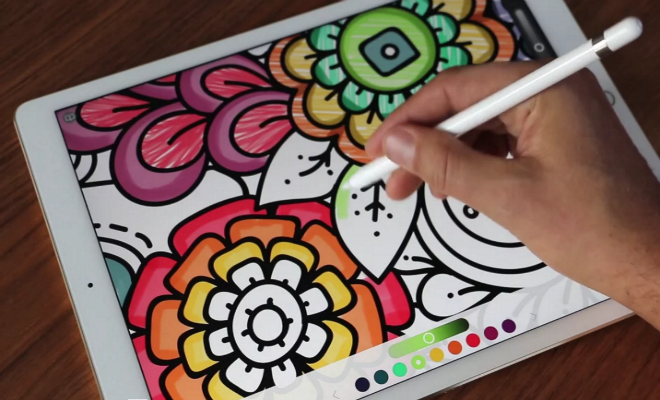 The Pigment App Is THE Best Colouring App Out There!

Tired of using the same ol’, boring apps? Keep up with the hottest new app launches and rediscover old favourites with Appturday! Appturday’s a weekly post from our Social Media Editor where she rants, raves, and shares the apps she’s currently into.

I love the idea of adult colouring books, I do. The thought of channelling a time of innocence and fun in these stress-filled days via colouring seems like a great concept. But I’ve never quite been able to get ‘with it’. Here’s the deal: you remember that kid in class who was pathetic at art? The one who was so clumsy that often their uniform had more paint on it than the canvas? Yeah, I was that kid. So pardon me, but the thought of sitting down with a bunch of colour pencils or a pot of paints seems far from relaxing.

That, my lovelies, is where the world of tech comes in to rock my little world. I’ve tested my favourite adult colouring book apps and the Pigment app won with flying colours (not literally).

I LOVE the Pigment app — it’s unlike all the nonsensical tap to fill ‘colouring book apps’ that pretty much defeat the purpose of relaxation. Unlike its competitors, this app has a ton of free pages and colouring books, so you’re not paying Rs 1,200 for a subscription. The app renders fantastically on the iPad and is built to utilize that big, beautiful screen.

With the Pigment app, you can chose between a colour pencil, paint brush, marker, or even bucket-fill effect. They’ve also got a whole plethora of colours to choose from. Thus allowing you to mix various textures, shades, and colours for a one-of-a-kind masterpiece.

I love the fact that there’s so much choice, so whether you’re into trippy mandalas, abstract patterns, sea life, or florals, you’re pretty much spoilt for choice. Unfortunately, this app is only available on iOS. Maybe this is the shove you need, to finally invest in that elusive iPhone 7?

Download the Pigment app here and let me know what you think of it in the comments below.

Hauterfly's resident bubbly girl-turned-Social Media Manager who lives life one cappuccino at a time. Not-so-secret makeup hoarder and food lover who hasn't set her kitchen on fire. Yet.