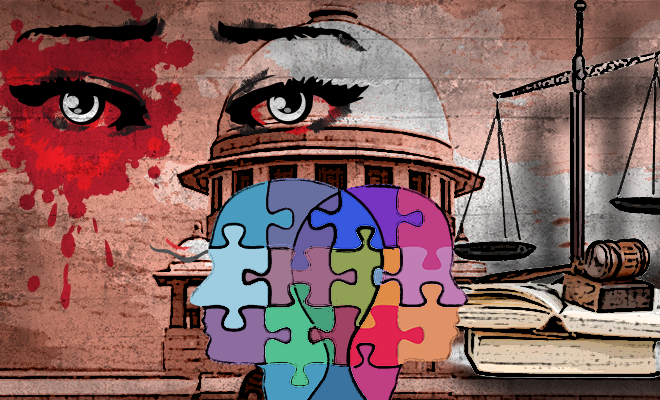 Supreme Court Rules It Is Not Rape If A Woman Has Sex Knowing That Marriage May Not Happen. We Say It Makes Sense!

More often than not, when I am hanging out with my friends, we end up going over all sorts of topics which may or may not qualify as ‘perfect dinner time convo’. But then again, who cares? The world is constantly spinning on its axis and bringing us closer to face the brazen reality, talking about what is really important only makes us more aware and receptive to the problems we’re facing as a society. So, last night when the topic for men and women in a case of rape came up, naturally it spoke to my feminist nerve. From discussing about the men’s wolf cry of being falsely accused in fake rape cases, to the woman’s woes of finally ascending to a position in the society where her words hold some power, we argued about everything. But if there was one thing that even I did not support was the fact that there really are a few women out there, who misuse the very laws meant to protect them to falsely accuse men and bring them down. A notion that is set to reverse with Supreme Court’s recent verdict.

After a case was filed by an assistant commissioner of sales tax against a deputy commandant of CRPF for rape, where the two had been in a 6 year long relationship and engaged in consensual intimacy, the Supreme Court quashed the rape case filed by the officer and passed a ruling that, “If a woman continues to be in a physical relationship with a man, despite being unsure of marriage, she cannot accuse him of rape on the grounds that he made a false promise of marriage to her.”

'Not every failed promise of marriage amounts to rape,' rules the Supreme Court. | @utkarsh_aanand reports.

And being a woman, I totally stand by the ruling made by the SC. To a large extent, the scales are tipped in the favour of women when it comes to rape laws, which in no way is unjustified. But while hundreds fight for real causes, there are a few who’re just making most of the loopholes of this law and using it to further their personal vendetta. A fact that none of us want to support, considering how long we’ve fought to earn the right to be heard and taken seriously.

So when the Supreme Court ruled that no charges would be laid on a partner for rape after being in a consensual relationship, we understood where it came from because it did make sense. When you’ve consciously entered a relationship and been intimate with your partner on your own accord, it leading to the marriage or not, can not be the grounds to classify your sexual act as rape. Especially if the reason for unfulfilment of that promise was not intentional but circumstantial. And if we’re being honest, we do need such rulings to ensure that neither of the parties are being victimised by the loopholes in such cases.

Also Read : Nana Patekar Walks Away With A Clean Chit. This Sucks Because We Were Hopeful About The #MeToo Movement

Tamilian Actor Ousted From Bigg Boss Tamil For Admitting To Groping Women. But On The Show, People Thought It Was Funny