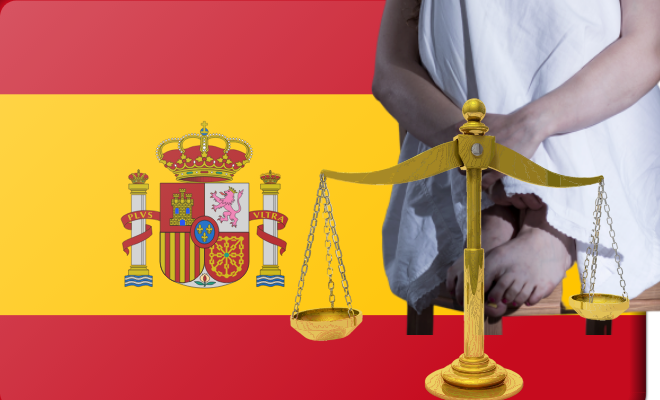 Spain Just Changed Its Laws Which Means That Any Act Of Non-Consensual Sex Will Be Considered Rape. We Think This Is Great

The thing is, I love reading up on random things on the internet. Mythologies, travel blogs, serial killers and conspiracies (these are my favourite) are just some of the things I keep looking up. Do you know what else? This might seem a little weird but, laws of other countries. I like knowing how different countries deal with the same crime (believe it or not, I do have a life).

So, I was doing what I usually do, and I came across this post that said Spain is upgrading its laws relating to rape and sexual assault. Guys, they are, and I feel like it is something our government needs to adopt ASAP.

In the wake of the notorious and gruesome Wolf Pack gang rape that took place at the famous bull-running festival in Pamplona, the left-wing coalition Spanish government decided to toughen up its laws against sexual crime. On Tuesday, they approved a draft bill to change the penal code to categorize all non-consensual sex as rape.

Also Read: Finland Is Giving Men 7 Months Of Paternity Leave. Because Raising A Child Is Not Only A Mother’s Job

All non-consensual sex will be treated as rape under new 'Only yes means yes' laws approved by Spanish government https://t.co/AXEdch2U5J

Under the current legislation of Spain, for the assaulter to be convicted must have used intimidation or violence against the victim for it to be considered as rape. And now, under the new “only yes means yes” laws, even rapes where no violence was used, or the victim was too scared or stunned to say anything, can be considered rape. And if there are aggressive factors, then the sentences will be increased from 4 to 10 years to 15 years.

That’s not all, under these new laws, special courts will be hearing sexual violence cases. The judges can even give tougher sentences if drugs were used to rape the victim or even if the victim was a wife or a former partner of the rapist. Also, penalties for work-related sexual harassment and cat-calling will become tougher.

This law was the brainchild of Irene Montero, the minister of equality and a leader in the coalition government. Needless to say, it is going to ensure justice to so many women. Also, India desperately needs a law like this because have you seen the rape statistics recently? They will terrify you.

Also Read: Scotland Becomes The First Country To Make The Sanitary Products For Women Free Of Cost. What A Lovely And Important Gesture!

All non-consensual sex will be treated as rape under new 'Only yes means yes' laws approved by Spanish government #sexualassault https://t.co/I7mOnK06LG

The reason that these new are being introduced is that after the men involved in the Wolf Pack case were convicted of sexual abuse and not rape (since there was no evidence that violence had been used against the woman), mass protests broke out in the country.

Talking about these new laws, Irene said “Spain will be a safer country for women with the approval of this law. Women’s rights and sexual freedoms will never again be stranded down a blind alley.”

I really wish India’s government follows suit and creates laws that actually benefit all of us. If we had a law like that, getting justice would be easier for rape victims. Besides, the demarcation of consent is something a lot of people in our country need to learn.

Saudi Arabia Lifts Its Mandate On Gender Segregated Entrances. At This Point, It’s Faring Better Than India When It Comes To Women