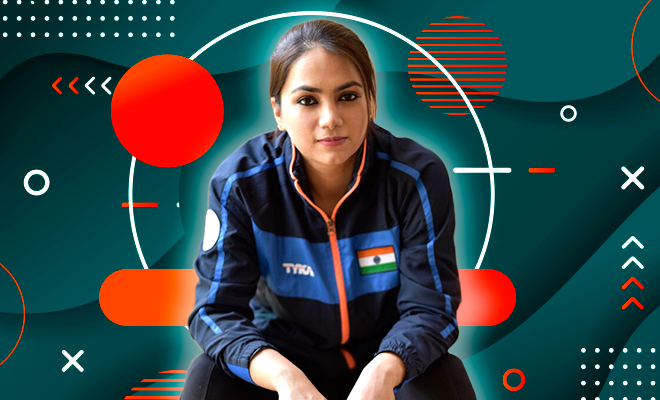 Shooters Apurvi Chandela And Anjum Moudgil Secure Medals. The Women Are Getting Us The Glory

For several years, the sports industry has solely been a testosterone-fueled environment. When I say this, I don’t mean there were no women, I just mean they were rather ignored or sidelined. We have all seen Chak De India, right? The reality has been a little worse than that. However, things are changing gradually for the good. Today we can say, is a good day for we have hit a major milestone in the progress.

Shooter Apurvi Chandela won a gold medal at the ongoing Meyton Cup tournament held in Innsbruck, Austria. This is a private tournament where the shooters go on their own to gain experience before international events. This is a huge deal for us, not only does this clear her path for the upcoming Tokyo Olympics but this also proves that there is nothing women can’t do. Women’s advancement in sports like cricket and tennis has been garnering a lot of acknowledgment but rifle shooting was always deemed as an extremely male-dominated sport. Which is why, Apurvi’s achievement contributes as a win for the entire country (No pressure, Apurvi).

Apurvi crushed her opponents in the women’s 10m air rifle, with a total score of 251.4. In the same competition, Anjum Moudgil clinched a bronze medal with a score of 229. This is such a proud moment for us all and a huge step forward.

Also Read: Cricket Has Not Given Us Anything To Celebrate But These Sportswomen Are Absolutely Killing It

Apurvi and Anjum became the first Indians to secure quotas places for the 2020 Tokyo Olympics in September last year after they secured a second and fourth place respectively at the ISSF World Championship in Changwon, South Korea. Thanks to these incredible women, it looks like we actually have a shot (whatta pun!) at a podium finish in the shooting category at the Olympics.

Also Read: Not Just Sports, Women Are Bringing In Medals For Their Stellar Skills And We Are So Proud. Say Hello To Shweta Ratanpura

Sportswomen have come such a long way in the past decade and it is commendable. The whole sports industry has never been more inclusive than it is at this very moment and I can only hope and speculate that this will continue going the same path. More power to Apurvi and Anjum!

After P V Sindhu, Komalika Bari Brings Home A Gold In Archery At The World Championships!