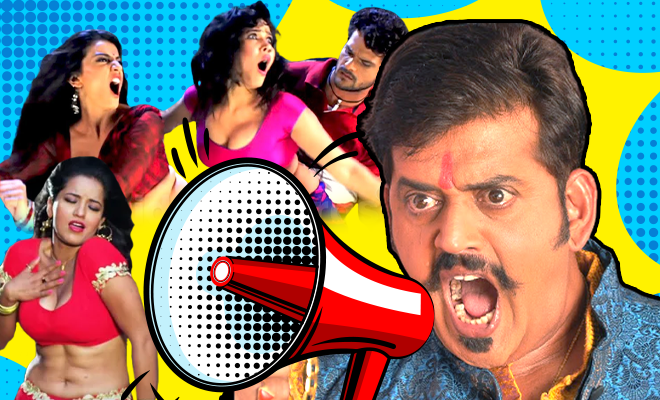 Ravi Kishan Talks About Reducing The Vulgarity In Bhojpuri Movies. That’s Not What UP Needs To Focus On

I am not much of a Bollywood buff. Of course, I enjoy the occasional Imitiaz Ali movie but that’s about it. Netflix shows are my preferred choice. However, now and then I come across a regional movie that blows my mind. Be it a Gujarati film or a Marathi or even a few Bengali movies, so many of them are so much better than the movies being produced in Bollywood. I know that a lot of the Bollywood movies are just copies of regional movies but even then, there is no comparison. However, there is one stream of regional movies that I just do not enjoy- Bhojpuri. The movies are vulgar and leaving you saying, “WTF did I just watch?”. Thankfully though, Ravi Kishan has taken up this issue and said he will be countering this problem with the help of UP CM Yogi Adityanath by demanding a strict law against the vulgarity of Bhojpuri movies.

Now, as great as it is that they want to work on making Bhojpuri movies cleaner and more entertaining, but at this point, the state of UP and its government has a lot more on their plate. It’s not only the movies that need stricter laws against inappropriate behaviour, but the streets could also use more than a few of them as well. Think about it. The NCRB data shows that UP has some of the highest stats when it comes to crimes against women. Recently, there were two gruesome back-to-back gang rapes. I really hope Yogi Adityanath prioritizes real life over the reel life.

MP Ravi Kishan further added, “It is a dream which I and the CM have seen and I am very happy that it is coming true. Gorakhpur will become a film shooting hub, especially for regional cinema like Bhojpuri cinema. Sixty episodes of a web series will be shot here. All the artists will be of Purvanchal in the episodes shot in the city,” he said. “I had a discussion with the vice-chancellor of DDU Gorakhpur University and he is planning to open an acting and film making institute.”

Don’t get me wrong, of course, it’s important to remove the excessive vulgarity from the Bhojpuri movies. It is a lot. However, that can’t be what a BJP MP and the state CM are focusing on. Women are getting raped, beaten up and sold left right and centre in UP. There is no sense of women’s safety. Not even in their own homes. Combating that is what they should be focusing on. Instead of making laws stricter against vulgarity in Bhojpuri movies, why not make movies that educate people on women’s rights and empowerment? Talk about rapes and domestic violence. Why isn’t MP Ravi Kishan prioritizing all that?