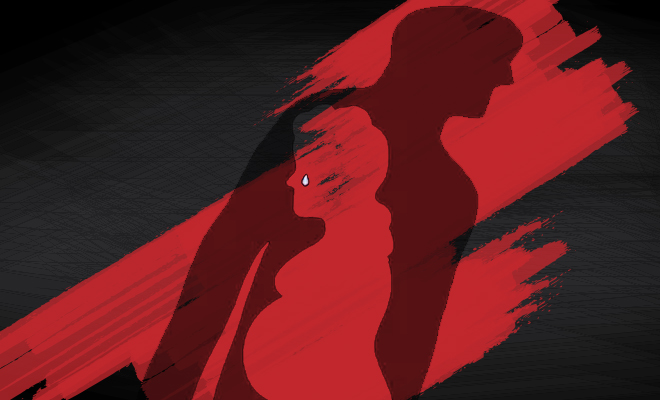 Rapist And Pedophile Dhaval Trivedi Fathers A Baby With A Young Girl Who Doesn’t Want To Keep It . He Damaged Two Lives For His Sexual Gratification

Several of us possess an obdurate attitude towards things and that limits our understanding of things. It restricts our minds in the confines of the social conditioning we’ve had, as we see anything beyond the periphery of our beliefs as fallacious. While this attitude stunts the reformation of our society, the worse is intolerance of another person’s beliefs. These are the people who cannot empathise and think from another’s perspective.

Me? I tend to see a situation from different angles. I think about why someone chose what they chose. And it helps me form a perspective that is slightly more satisfying to me. But sometimes, you come across a situation where there is no right or wrong. I mean, our opinion won’t even matter and we don’t have the right to try and make it matter to them. However, a human mind cannot stop having opinions, right? This time I am quite confused.

Dhaval Trivedi was an English teacher who was serving jail time after he was convicted for raping two minor girls. He was released on parole but he jumped it and eloped. In 2018, the pedo eloped with another teen, this time he went for an 18-year-old. The woman finally returned after two years of living with Trivedi, and an 11-month-old baby. She wanted to terminate the pregnancy but since she was too far along, she couldn’t. But now she wants to give the child away to an orphanage.

A teacher who was sentenced to life for raping two minor girls in #Rajkot is on the run. This teacher, #DhavalTrivedi, is a serial offender who jumped parole after being released in July 2018. #OmmcomNews https://t.co/q7SZ75EUBB

The girl used to go to him for tuitions when he jumped the boundaries of decency, not a novel feat for him. We don’t know how she voluntarily ran away with him but given her unripe age, it wouldn’t have been difficult to emotionally and mentally manipulate her, especially for a cunning mind as Trivedi’s. He had obviously done with before. She left him and stayed with another person in Bihar until the lockdown was lifted. This is when she returned home in Gujarat. Her father had filed a habeas corpus petition which is now removed since she has come back.

Meanwhile, the CBI’s counsel has respected her wish and was quoted by TOI, “If the corpus is so desirous, let the same be communicated to the learned Counsel of CBI within eight weeks.” I know several people will blame her and call her out for wanting to give away her child. That’s what our society does usually, doesn’t it? And it does make me feel terrible for the child because so many kids are just born into this world and sent to orphanages where they live a life without parents or many materialistic joys.

But then again, imagine the mental trauma of a young girl who was manipulated by a pedophile to get into a relationship with him. Two years of sexual and emotional manipulation – and we don’t even know to what extent she was aware of it. We’re just glad that she left him. Having said that, she may be going through PTSD and the child can remind her of the trauma she went through.

ALSO READ: Orissa High Court Says Sex On The False Pretext Of Marriage Doesn’t Amount To Rape. This Puts Women At A Disadvantage.

Yeah, in an ideal world, she would have found it in her heart to not get triggered by the existence of her child. Her maternal side would’ve kicked in, someone people would say. But we are flawed and imperfect and mental health is important. In fact, the child will probably be better off elsewhere. Dhaval Trivedi has two victims – this woman and her child. And it’s just really disheartening the damage a man’s perverseness has caused to lives. It’s sickening how these men don’t think about the consequences of their actions and go on wrecking lives, without any remorse.

ALSO READ: Vanessa Springora’s Book Is About A Creepy Author Who Sexually Abused Her When She Was Just 14. This Is A Bone-Chilling Story That Needs To Be Told