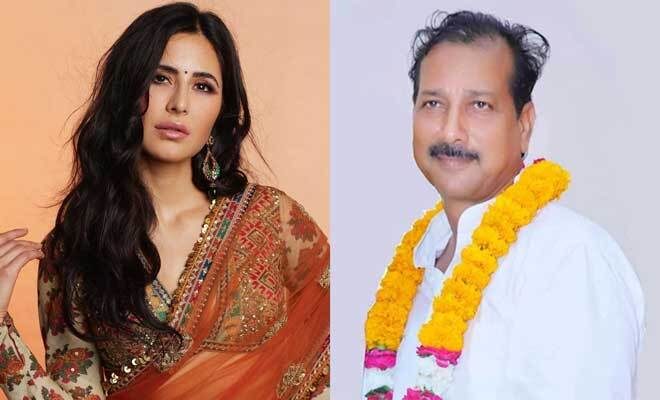 Rajasthan Minister Says Roads Should Be Made Like Katrina Kaif’s Cheeks. And Shouldn’t Speeches Be Without Sexism, Sir?

One of my favourite sources of entertainment has to be news channels and politicians giving speeches. I mean, in both of the cases the people involved end up saying such ridiculous and bizarre things that I don’t know whether to be amused or worried. Time and again, our ministers have said statements that have landed them in controversy and have faced a lot of backlash from netizens. And this time it is no different. A recently inducted Rajasthan minister landed in a controversy when he said that the roads should be made like the cheeks of Katrina Kaif. Say what now?

Rajendra Singh Gudha, the newly-made Rajasthan Minister of State for Soldier Welfare, Home Guard and Civil Defence, and Panchayati Raj and Rural Development, in a video that went viral, was heard equating the condition of roads to Katrina Kaif and Hema Malini.

The video is from an event in Jhunjhunu district on Tuesday, where the minister was heard saying that the veteran actor Hema Malini has become “old” and then went on to take suggestions from the public about younger actors. It is after that Rajendra Singh Gudha made a comment on Katrina Kaif.

The newly-made Rajasthan minister made a comment on Katrina Kaif stating, “Roads should be made like the cheeks of Katrina Kaif.” Needless to say, the video went completely viral on social media and people have ridiculed him for saying such a sexist and bizarre statement.

Honestly, what is with our ministers? Why is it that every other day there is a new minister in the news for either doing something ridiculous or saying something bizarre? When are they going to learn? It really worries me to know that our ministers who are heavily influential are saying such statements and getting away with it. I mean, how can you expect a change in our society when the ones making the change are being sexist, absurd, and absolutely ridiculous?