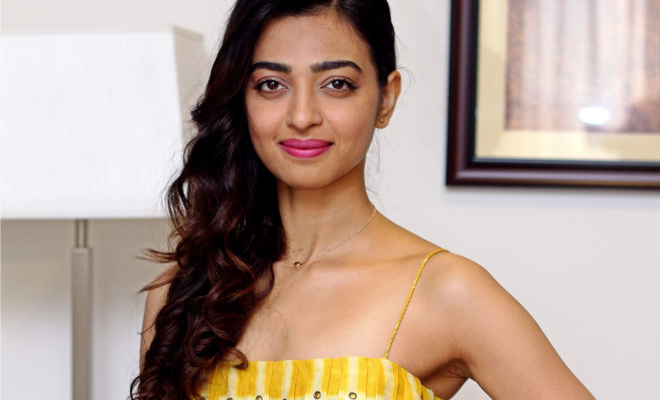 ‘Our Obsession With Sex Scenes Reveals Our Psychotic Mentality’ Says Radhika Apte And We Agree!

We live in a country that just doesn’t know yet how to deal with female sexuality. In fact, our society doesn’t even know to appropriately react to a woman’s body. We come from the birthplace of Kamasutra and yet, even wearing a bikini can attract a lot of unwanted sexual attention. And in such a society when an actress goes ahead and sheds inhibitions for her art, it goes down in history and unfortunately, the cell phones of the perverse masses. Recently, some intimate scenes between Radhika Apte and Dev Patel, from their Hollywood film, The Wedding Guest, got leaked. And needless to say, a video clip and a few pictures took no time to become viral.

Now it’s not like that these are private clips. They are part of a movie that premiered at the Toronto International Film Festival in September 2018, and had a US release on 1 March this year. So of course, the scenes were meant for the public to watch. But what is rather cringe-worthy is the fact that they are being circulated on the internet for all the wrong reasons. The way people just can’t keep it in their pants is what disgusts us and Radhika isn’t very amused by this either. In an interview she attributed such behaviour to “the psychotic mentality of the society”. And we couldn’t agree more! She said that the film has several beautiful sequences but the fact that the focus goes on this one particular sex scene reveals the sick mentality of the society.

In fact, while there are both Radhika and Dev in it, the scenes are being spread only in the actress’s name. Why is our society so uncomfortable with women being comfortable with their physical and sexual beings? This isn’t the first time that Radhika’s intimate scenes have been circulated around. Her sex scene with Adil Hussain in Parched got leaked online, even before the film released. A nude video of the actor from Anurag Kashyap’s short film Madly was also leaked back in 2016.

ALSO READ: The Suspense Is Killing Us! Radhika Apte Revealed Vicky Kaushal Is In A Relationship.

We love how bold and fearless Radhika Apte is. She doesn’t let such stupid people affect her choices and we think it’s amazing. “I am very comfortable doing intimate scenes. For an actor, scenes having intimacy or performing any kind of scenes, is a part of the job,” she said in an interview with IANS.