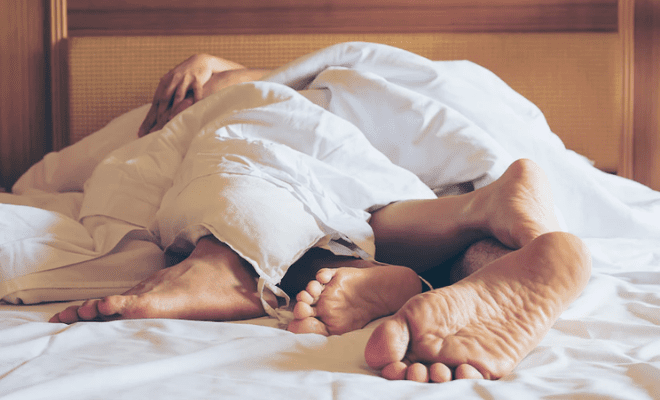 82% Women In India Able To Refuse Sex With Their Husbands, Reveals National Family Health Survey. This Is Good, But Wish It Was Higher

Marital rape is not considered an offence as per the Indian penal system and many women in India have been subjected to this act. It is very shocking when men think that their wives consent does not matter when it comes to sex and that it is the duty of the wife to always be ready for intercourse when the husband is. But in a recent survey, it has been revealed that women, today, do not hesitate to say no to their husbands for sexual intercourse. I am so glad that finally women are putting their foot down and letting their choices known to their husbands as well.

Women Are Now Able To Refuse Sex To Their Husbands

Additional questions were also asked the men as a part of this survey to understand their attitudes towards genders. The questions were regarding what these men felt when a woman refused to have sex with them. They were given choices between four kinds of behaviour – whether they get angry and scold her, do not give her financial help or money, forcefully have sex with her or go and have sexual intercourse with another woman. Of those interviewed men, 6 per cent of them between the age group of 15-49 said that men are entitled to show all four kinds of behaviour whereas 72 per cent went on to say that neither of these four behaviours is acceptable and 19 per cent men said that men have the right to get angry.

Regular Sex Halves Your Risk Of Dying From Various Illnesses. In That Case, My Life Expectancy Looks Rather Bleak