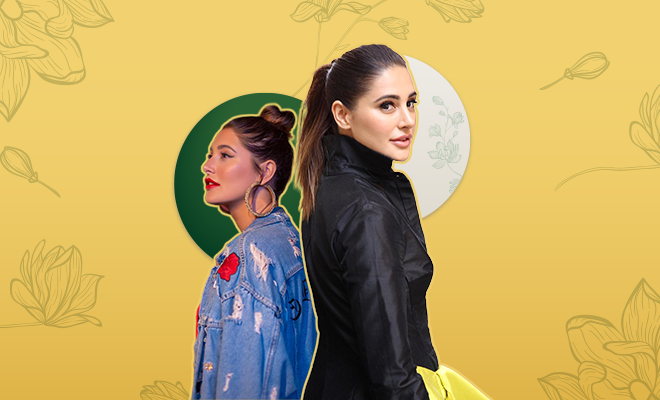 Nargis Fakhri Said No To Posing Nude And Ignored Sexual Advances In Her Initial Days. We Love How Headstrong She Is.

They say there are two ways to reach the top; one is hard work and the other way almost always goes through a way down under the table. The latter kind obviously involves you selling your morals in exchange of a spot among the big dogs. Be it the corporate culture or the glamour industry, the game play of using misogyny and your position of authority in manipulating young talent runs deep in the system. And while there are several cases of those who succumb to the pressures, there are also people like Nargis Fakhri who despite being offered a chance to cut her way short to the top by modelling for the Playboy magazine, chose to stand by what she believed in.

In a recent interview with the ex-adult movie star Brittni De La Mora, the Rockstar actress, Nargis Fakhri opened up about a lot of her experiences during the initial stages of setting her career up. Being from a mixed nationality and raised outside of India, Nargis has had her share of struggle when starting out. Modelling was one of her first gigs and since then the actress did not look back. However, she admitted to being exposed to a lot offers and directors who offered her big things in exchange of either posing naked or simply implying the need to submit to sexual favours. I wouldn’t say it’s uncommon for agents in India to just assume that a woman raised in the West will naturally be comfortable posing nude. As sick as it sounds, Indians see these women as “easy” as if they have no qualms in having sex or shedding it all for anyone.

Also Read : Nargis Fakhri Says Body Shaming Is Real When You’re In The Public Eye. We Think That Sucks!

Now, if we try to look at it objectively, opting for nudity in shoots or in films is a personal choice, one that must not be contested if the one doing it has no qualms. Having said that, it also means that it isn’t something you have to submit to, if you’re not comfortable with and sometimes actors get those lines blurry and all mixed up.

Think about it, starting out as a model who is trying to make it big in the world, when an option like starring in a global magazine like Playboy comes along, so does the temptation to jump right on it. But Nargis, very clear with the capacity she wanted to be involved in the glamour industry, chose not to tweak her vision and stood by what she wanted all along, and Playboy wasn’t it. She shared, “When I was modelling, there was this college edition Playboy magazine thing. My agent said they are asking for girls, they have chosen to see you if you would want to do something like that. I was like, Playboy is so huge and the money was so much! But I said no thanks, I’m good.”

And well, we are glad she did what she did. Talent after all, always finds its way and even if it takes longer than usual; if at all it comes with not changing who you are, it is more than worth it. Especially since it is extremely easy to confuse what you want in the industry with what all you can have, and it takes for quite some determination to not losing that vision along the long and tedious way. And perhaps that is exactly what went behind in the mind of the actress, as she kept her head and her standards high, not giving into the temptation.

The actress also shared how she was extremely excited to work in Bollywood, for it in comparison to the western industry, still keeps itself away from nudity and sex scenes. She said, “I was really happy to work in Bollywood because they don’t do sex scenes. That made me so happy, because I am so not into getting naked in front of a camera. I can’t do. Any overly sexual or passionate scene would be difficult for me because even though it’s acting and what you are supposed to do, I had reservations about that.”

Continuing further she said, “I always knew that I am not going to be so hungry for fame that I am going to pose naked or sleep with a director… I have lost jobs because I didn’t do certain things and that was heartbreaking because I am trying to live in a place where I have high standards and boundaries, and it sucks!” Considering how real and frequent such cases of casting couch are in the Bollywood industry, we are glad actresses like her and many others don’t get sucked into the black hole and stand their ground.

At the end of the day, there is only so many times people can deny real talent and if you’re good at your work and exhibit strong professionalism, there is nothing that will hold you back. We do however, hope that the global industry learns to look and move past their habit of reducing women and models to just their bodies and skin show. Because clearly, women are not falling for it anymore!

Also Read : Isha Koppikar Also Faced The Casting Couch. It Looks Like Any Actress Who Worked In Bollywood In 2000s Faced This!