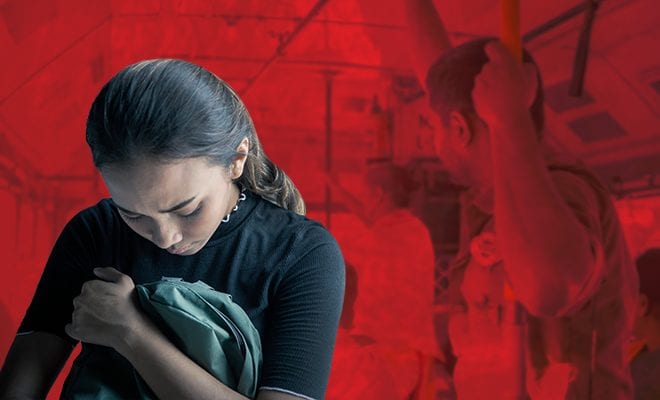 I don’t think there’s a single desi household that has never watched one of those true crime shows. It was a thing in my living room and my parents thought it’s a way to be more aware of the crimes that plague the real world. I was a kid and there were several stories of sexual assault, of a minor being harassed by someone she knew or someone in her proximity – it could be her school bus driver, a teacher or a relative. And it scared me. It’s not fair to assume the worst out of all people but we can’t blame our families and ourselves because these disgusting creatures exist.

Recently, a bus conductor in Mumbai was convicted for sexually harassing a 13-year-old girl who used to take the BEST bus for going to school. This was back in 2018 and the justice was served two years late.

The girl was travelling by the bus as usual and the conductor sat next to her, harassing her sexually by asking her obscene things. He asked the child if she knew anything about sex. The young girl was traumatized by that incident and out of fear, couldn’t share it with her family.

However, when she refused to take public transport, her mom suspected foul play. This was when the girl’s friend told her about the sexual harassment incident. The girl’s parents took her to the bus depot and she was able to identify the man who sexually harassed her. “Such kind of incidents hamper the progress of a girl child as the same creates fear in their mind while carrying out their pursuits,” the special court said.

The judgment explained how deeply frightening such a thing would have been for a girl of a tender age. The girl couldn’t share with her family out of fear that got instilled in her mind. The court didn’t find any intentional delay and the man was found guilty under Section 12 of the Protection of Children from Sexual Offences Act and 509 (outraging modesty) of the Indian Penal Code. He will serve a year in jail and had to pay a fine of Rs. 20,000.

ALSO READ: SC Judge Asks Rape Accused If He Is Willing To Marry The Victim Because Apparently Then Everything Is Okay

These are such scary incidents. I do understand now why my parents never allowed me to travel alone when I was 13. I get it; they were scared for my safety. But why do girls have to be protected? Why can’t men have the decency to not be a threat to our safety? Why can’t men be controlled if they are sexual offenders?

ALSO READ: In Pune, This Man Masturbated At A Woman In An Autorickshaw