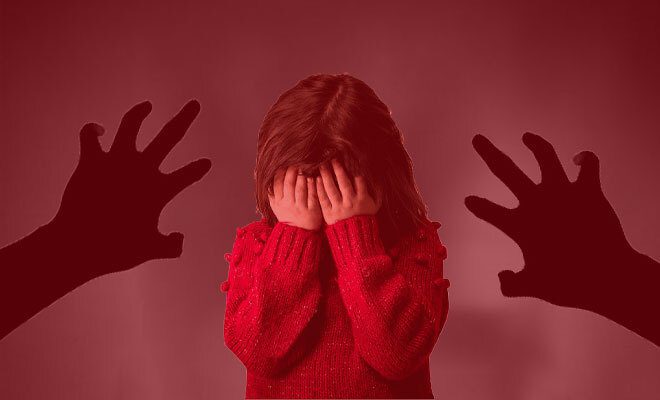 7-Year-Old Girl Running Away From A Dog Gets Raped By 42-Year-Old Neighbour. What Is Wrong With This World?

Every time I hear or read about rape cases, I honestly get extremely disturbed – I feel sick. And this is especially true when I hear a child getting raped. I mean, what kind of monster do you have to be to rape a small child? Why am I angry now? Because I recently came across a case wherein a 42-year-old man rapes and sexually abuses a seven-year-old girl who was running away from a dog. The man lived in the same neighbourhood as her and the incident took place in the young girl’s residential society’s parking lot.

On Monday night, a 42-year-old man rapes and sexually abuses a seven-year-old girl in one of the society’s wing parking lots. The man is also a resident of the same neighbourhood – Pimpri-Chinchwad. The girl’s mother immediately went to the police station after the incident and filed an FIR (First Information Report) against the man.

Also Read: Minor Held For Killing Her Rapist In Rajasthan’s Alwar, Says Could Not Bear The Torture Anymore

One of the police officials that is investigating the case said that the girl was riding her cycle on the building premises when she entered the parking lot of one of the wings after a dog was coming her way. The man who was already present there called the girl his way and then allegedly raped and sexually abused her.

According to the reports, the inspector in charge of the police station where the FIR was filed said, “We have booked the suspect under Indian Penal Code sections pertaining to rape, molestation and sexual abuse and relevant section of the POCSO Act. We have arrested the suspect, who lives alone in an apartment in the same residential society.”

The FIR was filed by the mother of the girl who was raped by the 42-year-old man on June 14. And soon after filing the report, the man was placed under arrest by the police. A Mother Forced Her Minor Daughter To Sell Her Eggs Eight Times, Finally Arrested Along With Two Others