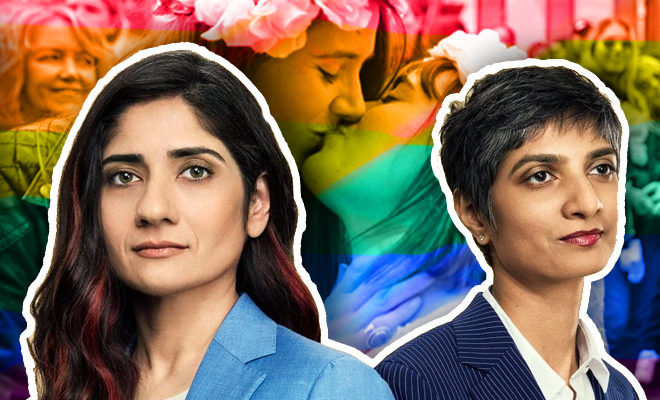 Menaka Guruswamy And Arundhati Katju, The Lawyers Who Fought To Decriminalise Article 377, Now To Fight For Same Sex Marriage

Growing up, one of my favorite movie series, after Harry Potter of course, has been the Tom Cruise starrer – Mission Impossible. Year after year, as he was put onto impossible missions, and when he chose to accept as he invariably did, he ended up saving the world from what was anticipated to be a complete disaster. It was then that I started to think that maybe, just maybe, all it takes for us to change the course of life and world is the conviction to fight against all odds. And in 2018, I watched as my belief turned into reality as I found two heroes amongst us who may have not saved the world from a catastrophe in the literal terms, but did change the life of the entire LGBTQ+ community in India.

The heroes we are speaking of are lawyers Arundhati Katju and Menaka Guruswamy, both of whom were instrumental and on the front lines in decriminalising article 377, that prohibited “unnatural” sex between two consenting adults in their own space. The fight was long, it was tough and many even called it impossible to win but Menaka and Arundhati weren’t going to give up.

Standing strong and with a vision to fight against prejudice against the LGBTQ+ community that denied them even the most basic rights, these women fought tooth and nail, and didn’t rest until they overturned this century old law. A little later,  Arundhati and Menaka, came out as partners, reinstating our faith in both – love and justice, for the first time in a long time.

Also Read : The Lawyers Behind Abolishing Article 377 Have Been A Couple For A While But They Waited Because Of This Reason

The very act of policing love, seems to have been an integral part of our collective legal history – @MenakaGuruswamy 💯💯💯💯

And now, after achieving this landmark victory, seems like this power couple is up for another challenge, this time seeking to legalise same-sex marriage in our country. What many had presumed to be the next step in this fight and one that was perhaps anticipated as well, has only recently started taking shape as Arundhati Katju and Menaka Guruswamy confirmed they would be taking this on.

Guruswamy went on to speak on the topic and explained, “In India, inter-caste couples continue to face social stigma, even though such relationships are constitutionally legal.” Meanwhile, Katju said, “What we hope for is that this right to choose your partner will include the right for LGBT couples to marry.” She further talked about how religion is the individual is Hindu, Muslim, gay or straight, all they want is to be able to be in a long term relationship recognised by the society and law, and that is the thought that is driving them to take this up.

Menaka also added, “The very act of policing love, seems to have been an integral part of our collective legal history. We are not a country that recognises girlfriend or boyfriend or dating. We are a country that sanctifies one kind of relationship and that is marriage.” And to have two women driven for the cause, fighting to take our country ahead in terms of broadening their horizons and progressing their beliefs, is no less than a blessing.

Currently, 29 countries in the world have legalised same-sex marriage, and with Menaka and Arundhati on board, we can be rest assured, India is well on the way to becoming the next addition to that list!

Also Read : Two Indian Women Lawyers Are In The 100 Most Influential People List For Overturning Section 377