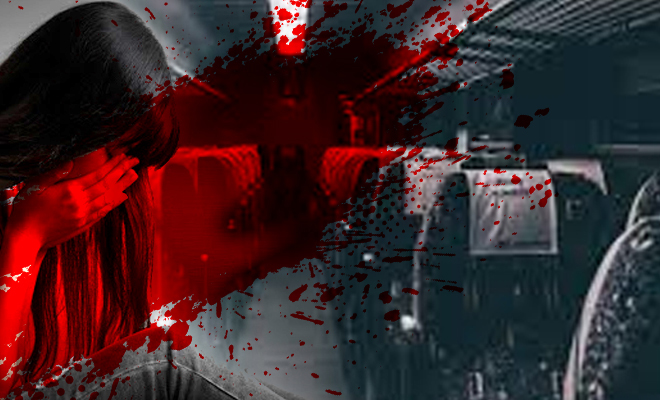 In A Chilling Replay, A Woman Was Raped In A Moving Bus In UP. This Is Scary

We’ve had lengthy discussions about women’s safety since time immemorial. We have raged and protested against it. The Nirbhaya gang rape case shook the nation, brought people out onto the streets for candlelight marches, and became the subject of loud TV debates – and yet, the safety of our girls and women remains compromised even eight years down the line. The culprits were hanged. Justice was served. But where is the change? Women in this country still fear travelling by public transport, or even travelling at all after dark.

In another infuriating incident, a woman was raped in a moving bus in Uttar Pradesh on Tuesday night. She got down at Gautam Buddha Nagar and immediately informed her husband of what had happened, who managed to catch hold of the driver and take him to the police station where they lodged an FIR. The woman was travelling from Pratapgarh to Noida via the Lucknow – Mathura highway. The 12 other passengers on the private bus were fast asleep when one of the staff raped her. According to the police, two other men were involved in helping the accused as well.

The Noida police registered an FIR and have formed teams to track down the accused, who are absconding. The bus driver has been arrested already and the bus, which belongs to a private company, has been located. Two other accused along with the bus owner, another driver, and a cleaner are still to be traced.

“An immediate FIR was lodged after receiving the complaint from the victim. One accused has been arrested and the bus has been seized. The other two accused including the owner are still absconding and teams have been formed to arrest them,” said Vrinda Shukla, DCP Women Security. “The victim’s medical examination will be done by the medical board. Police are also taking statements of other passengers on the bus.”

We have undertaken comprehensive efforts to ensure #WomenSafety.#Sakhi #OneStopCentres located across India are guarding women in distressed times.
Access immediate HELP at the nearest Centre in #Puducherry. pic.twitter.com/1KfsqGmJGv

In a country like ours, people have little choice when it comes to using public transport. Our trains, buses taxis, and rickshaws carry millions of passengers every single day, many of them being women and young girls. Their safety needs to be prioritised. Instances like these result in girls being withdrawn from schools and colleges and women being forced to stop working due to safety concerns. That is hardly the solution. If we truly want our women to be independent and at par with men, we need to first make sure that they are safe both inside and outside the house.