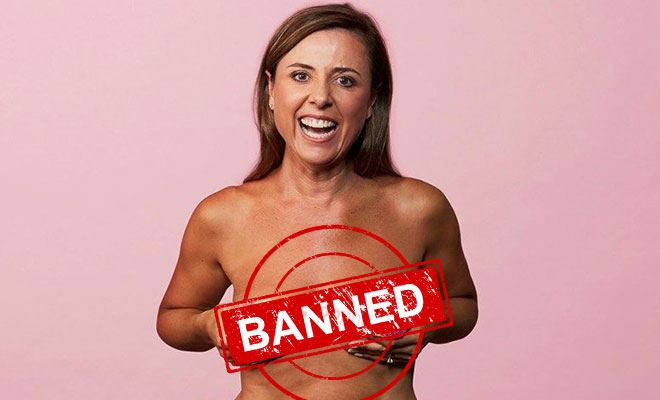 Yes, you read that right. This content in question were actually advertisements of information, products and services related to women’s sexual health like breastfeeding, menopause, postpartum problems, HIV, pelvic pain and other such content regarding reproductive health and rights. And mind you, the same social media platform has no qualms about allowing ads that promote men’s sexual health-related products and services like condoms and lube. And let me just put this out there, this is exactly what discrimination looks like! Facebook AKA Meta, has time and again censored women, their bodies as well as their sexual health and wellness. We’re all aware how the social media platform Instagram has a strict policy against female nipples but men are allowed to show their nipples on the same very platform. Not only is this discrimination but it also sexualises and objectifies women’s bodies but not men’s. Double standards much, guys?

According to a recent report by the New York Times, Facebook and Instagram have time and again banned, censored and removed ads shared by women’s sexual and reproductive health and wellness companies. It has also suspended the accounts of these companies claiming that they are violating the platforms community guidelines by sharing ‘adult products and services’. Even ads with words like ‘vagina’ and ‘vaginal dryness’ have been flagged by the social media platform and this is honestly making my blood boil. It is shameful to see the double standards of Meta. The same platform has time and again allowed companies to get away with promoting ‘massagers’, condoms and other sexual health and wellness products and services in rather derogatory and suggestive manners.

According to the NYT media report, ads of over 60 women’s sexual health and wellness companies have been taken down by Facebook claiming that they were promoting ‘adult products and services’. Shockingly, one company’s ads were taken down alleging that they promote ‘an escort service’ and mind you and these ads promoted by this company were all aimed at offering information to people about consent, HIV, sexual and reproductive rights and other such things. The report has also claimed that ads targeting men are not censored by social media platforms. A spokesperson of Meta told NYT that there is no blanket ban on words like ‘vagina’ and ‘menopause’ and that the platform takes into consideration the context of the ads before they are flagged. The spokesperson has also revealed that the platform often ‘makes mistakes’ while enforcing its policies regarding ads. But if I’m being honest, to me this seems more like a cultural issue. For a very long time now, as a society, we’ve always imposed restrictions and shamed women for their genitals and sexual health.

In fact, it is oddly unsettling to see this social media platform objecting to sexual health and wellness content that has anything to do with women and other genders but not men. According to Facebook, any ads promoting sexual and reproductive health care products and services must target people above 18 years of age and should not focus on sexual health. This means that any advertisement that talks about pleasure will be censored but if it talks about contraception or family planning then it is permitted but the ground reality seems to be different.

Also Read: In Iran, A TV Channel Censored A Football Match To Avoid Showing The Legs Of The Female Referee.

Back in 2015 too, Instagram and Facebook were accused of being biased against women’s sexual health after a picture of a woman bleeding during her periods was removed by the social media platform for violating community guidelines. The post had attracted over three million views and led to outrage as Instagram and Facebook chose to censor a post that was targeted at menstruation which happens to be a taboo in India. And it seems like the social media platform did not learn its lesson and has gone and done it yet again.

TBH, I have the feminine urge to ask this – what is this behaviour, Facebook?

Instagram’s Censorship Of A Black Plus-Sized Model’s Photo Raises Concern. Do Its Policies Have A Racial Bias?

Lizzo Posts Her Unedited Nude Photo To Encourage Women To Own Up Their Body On Social Media. What An Empowering Move!