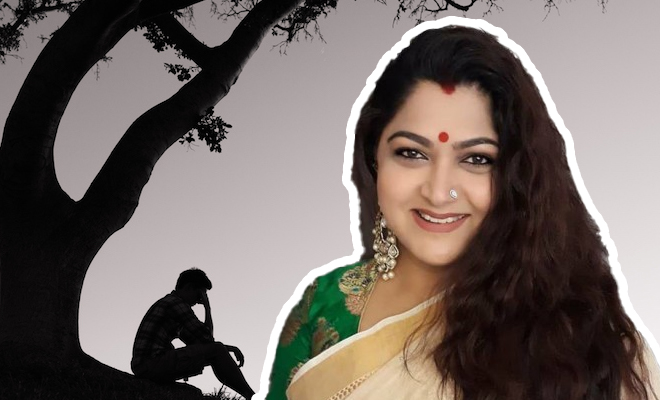 ‘The weaker sex’. ‘The fairer sex’. ‘Delicate dolls’. Women have gotten so used to these phrases that suggest that they’re not strong but something made out of breakable porcelain, that it took conscious effort to register as offensive. On the other hand, the men (born of women pushing them out of their vagina or getting their abdomen cut open after carrying them for nine months) have been declared the stronger sex, and we’re not permitted to question it. But must this charade of strength be maintained even when it comes to mental health? Because believe it or not, it is a lot harder for men to admit that they’re depressed or need help than it is for women. And the recent death of Bollywood’s Sushant Singh Rajput demands that this rigid gender perception be done away with.

Several celebrities who have addressed mental health in the wake of the young Chhichhore actor’s suicide have touched upon the need to normalise talking about men’s mental health struggles. While professionals have been putting the word out that absolutely anyone can suffer from depression or anxiety and should reach out for help, we as a society continue to treat mental health issues as a sign of weakness in a person. And the fear/embarrassment of being perceived as weak is what keeps a lot of troubled men from speaking up or asking for help.

What makes it even harder for male celebrities of showbiz is the fact that each one of them wants to maintain the image of a ‘hero’ or ‘leading man’. If a common ‘man’ is strong, a hero has to be stronger, no? The star might be struggling with failure, financial issues, loss of purpose, heartbreak, loneliness or anxiety, but they have to maintain a strong façade because the cameras cannot know they’re crumbling. And the cameras are everywhere, whether they’re stepping out of the gym, arriving at a party, or even at the funeral of a loved one. There is no respite.

Also Read: Heroes Are Always Strong And Full Of Machismo. These Problematic Gender Roles In The Movie Industry Are A Breeding Ground For Mental Health Issues.

Actor R. Madhavan echoed this very thought when he said, “There is constant pressure to live up to a norm and be a certain way. Men, and especially stars, must be able to communicate without fear or media buzz, or being dissected for their issues. There is too much pressure under the arc lights.”

You can blame it on the toxic masculinity that is indoctrinated in our patriarchal society or on the problematic gender roles that are celebrated by the movie industry we idolise. Men, especially the ones that come off as ‘heroes’, are supposed to be strong, dependable, and lone warriors. They’re rarely supposed to show emotion, because that can be seen as a chink in their armour. And it is precisely why even their most near and dear ones can often miss out on signs of mental health troubles and depression in men.

Actress Khushboo puts it across well. “All human beings go through severe ups and downs. The best of stars have had some really rocky times. But men in our industry have built such larger than life images that sometimes even their friends aren’t able to gauge their low moments. Often, we think ‘oh he’s just fine’ or ‘he’s got it all’, we don’t understand depression and the signals. It has to come from the home.”

And indeed, she is right. One of the biggest reasons why men find it hard to articulate their feelings is their upbringing at home. For starters, their role models are also fathers, brothers and male relatives who believe in keeping it all bottled up. ‘Still waters run deep’ is often a phrase used to convince men that their emotions don’t need to always break the surface to prove how they feel. “Don’t cry like a girl”, “Don’t complain like a girl”, “if you break down what will happen to others?” Sounds familiar?

Women on the other hand are often subconsciously encouraged to express how they feel using words. Since women have had to always fight for their rights or desires, they’ve gotten pretty good at it.  Because if they don’t, their emotions might go unnoticed. For example, if a woman does not cry over a breakup, she is considered unaffected by it and cold-hearted. But if a man doesn’t cry, he is considered strong, a stud, and quite stoic in his pain.

Women have to constantly use their words or expressions to indicate their feelings, and therefore, their emotions have been normalised. In a sexist way often, yes, but they are. And that’s where the idea that men are (or need to be) the stronger sex becomes their biggest disadvantage. Because hiding emotions isn’t a sign of strength.

“When we raise men let’s not celebrate them as the stronger sex needing to protect the women. Women are really tough and somehow historically, biologically and even culturally we have faced a lot more. So this whole concept of ‘weaker sex’ and the stronger one not exhibiting emotions has to go. Women have learnt to deal with marriage, childbirth, financial upheavals and breakups in a more holistic way, giving way to their emotions too,” says actress Khushboo.

And she is quite right. So are we ready to go up to the men in our lives and ask them if they’re okay? If they say no, they aren’t, then you know you need to get them the help they need. Even professional, if it comes to that. But if they yes, everything’s fine and they can handle it, but you aren’t so sure, be patient with them. Show them through your words and gestures that it is okay to not be okay. Normalising also begins at home.

Also Read: Study Says Women Likely To Drink More Alcohol During Coronavirus Lockdown Than Men. Why Are We Not Surprised?