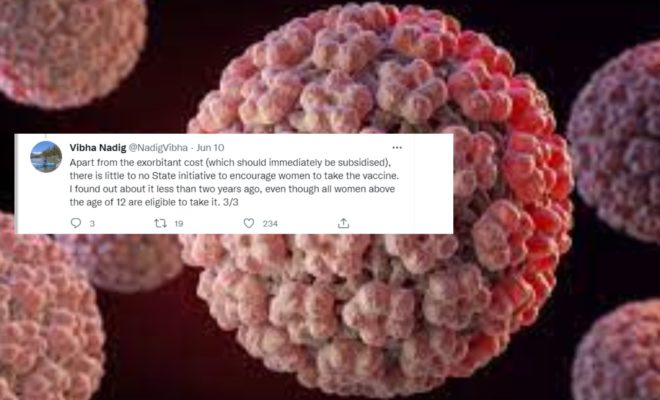 A Twitter User Highlights The Expensive Cost Of HPV Vaccines, Demands Subsidy Rates And More Awareness On The Topic From Government

Vaccines are an effective way to protect against a wide range of deadly or serious diseases. We are, however, less aware of many of them. How many of us are aware of Cervical Cancer which is a widely spread disease among women. Or even know that there is a vaccine that is available for it and can be given to a girl aged above 12. Many times social media platforms divert our attention to some really important issues. In a recent Twitter thread, a user highlighted one such critical issue that Indian women face, as well as some problems related to it that the Government should definitely look into. The Twitter user’s thread raises the point of HPV vaccines, their importance for women, and how expensive it is to afford. 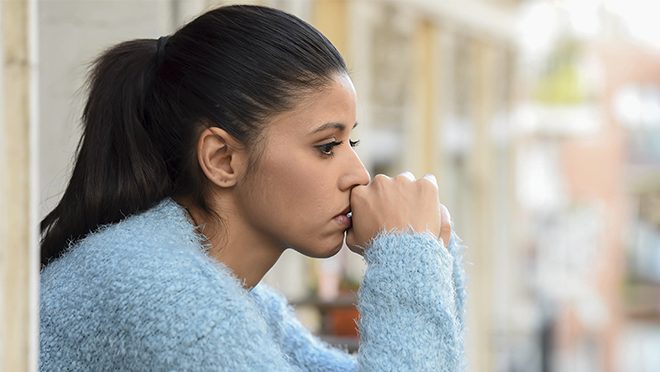 HPV is the abbreviation for Human Papillomavirus, a virus that causes most cervical cancer in women. It is a sexually transmitted infection but the vaccines have been proved to give effective precaution against it. A Twitter user by the name of Vibha Nadig raised some valid points through her personal experience on the same. She took to her Twitter handle to state the high cost of an HPV vaccine that requires three doses. The user also quoted the price which was ₹3,500 per dose. Vibha Nadig further sheds light on the current scenario of Indian women battling HPV cervical cancer. She states that our country has more than 1.25 lakh of HPV cervical cancer cases and nearly 75,000 deaths. The user further highlights that many studies have proven that vaccines are 95% effective in this case to develop antibodies in women.

India has more than 1.25L cases of HPV related cervical cancer, with close to 75,000 deaths. The HPV vaccine is incredibly effective at preventing illness, and multiple studies have shown that upwards of 95% of women developed antibodies to fight the virus. 2/3

Vibha Nadig further points out that the HPV vaccines should be sold at subsidised rates, and also requests the Government to take initiatives to raise awareness about this disease among women, because many are unaware of it.

Apart from the exorbitant cost (which should immediately be subsidised), there is little to no State initiative to encourage women to take the vaccine. I found out about it less than two years ago, even though all women above the age of 12 are eligible to take it. 3/3

The issue does need more coverage and awareness, and kudos to the Twitter user for speaking about it.