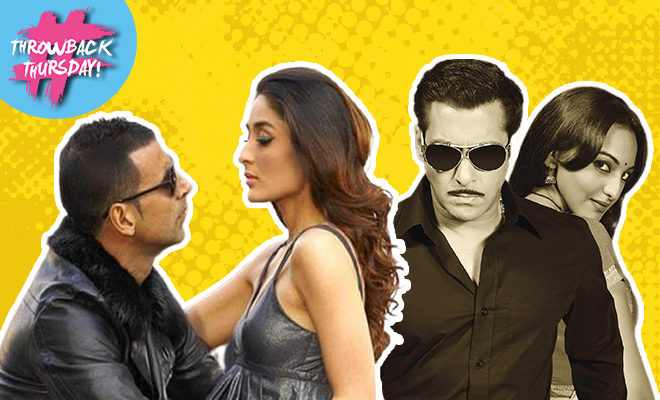 Bollywood has had a long affair with misogyny and a very loyal one at that! When Kambakkt Ishq had released back in 2009, I was 18 I suppose and I wish I could go back and change my mind to when I decided to go for this movie. Imagine, a broke college-kid surviving on the bare minimum pocket money saves up to watch movies. And then I go to the theatre and watch this utter lump of misogynistic vomit that made hangovers sound more pleasant. I usually like Akshay Kumar’s movies; I find them hilarious and I love his comic timing. But this one was profane! And Kareena Kapoor? A strong woman like her being a part of a filthy movie, yikes! I honestly got quite judgemental but well, I hope they at least cringed at the dialogues. At 18, when I was not even my brightest self, I knew the movie got it all wrong. How did the makers not realise, as experienced adults? Excuse my naïve shock at displays of sexism and misogynistic mindsets; I tend to not get it. You know how people get surprised when someone says they don’t like pizza? This is worse. It’s like someone saying breathing is overrated. For me, equality should come as naturally as breathing. But of course, we are far from being ideal. There’s years of social conditioning and gender-scripting that makes people carry misogyny from one generation to the next.

There are several movies we watched as kids—some of them being those that we really enjoyed—that are blatantly sexist! Here are some of them!

Because it’s our duty to serve our husbands

Slim, tall, fair, domesticated, sanskaari and knows how the drinking habits of her husband – any more prerequisites for an ideal bride? This misogynistic take is appalling!

Not like we have a soul, a mind, skills, capabilities. Not like we are fully-functional humans that can perform highly-intelligent tasks without the assistance of men. Not like the man said this to a qualified female doctor.

Wife or a slave?

Firstly, satisfying her husband is not a wife’s “duty”. Secondly, if you’re so shitty, how do you expect “mann se mann milna“? How convenient it is for men to not want equality because the power imbalance benefits them!

Yes, please. Go on, make jokes on domestic violence. Exercise your right over your love interest. Use your physical prowess to suppress women. Act like you own us. Such a wonderful way to flirt, ain’t it?

Only if you stop being a creep and seeing a woman as a human being and not a sex doll, you will realise everything that we are.

Can you get down to being more disgusting? Is that supposed to be funny? Rape is funny?

ALSO READ: Dia Mirza Talks About The Misogyny That Has Always Existed In Bollywood. We Love How Candid She Is

Women have no autonomy

No, no, we have no identity as individuals. We are nothing without our relationships. Can we protect women because we are humans and not because we are someone’s wife, sister or daughter, because it’s misogynistic AF.

ALSO READ:Anup Jalota Says Jasleen Matharu’s Dressing Would Not Sit Well With His Family. But Sexual Assault Was Fine?