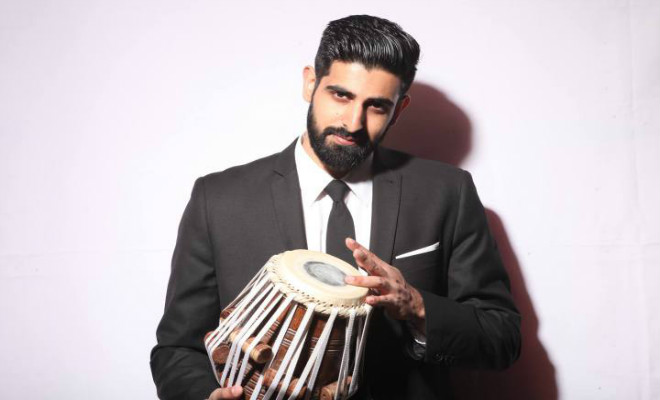 #HauteSounds: This Tabla Cover Of ‘Closer’ Is The Best Thing We’ve Heard All Day!

You can gasp or shoot looks of daggers at me all you want, but there was a time when the song Closer would bug me. Yes, I can feel your eyes boring into me as I type! But to each their own, right? However, I didn’t allow myself to judge too quickly. Some songs seem to grow on you with time, Closer sure was one of those. Now, this is one song I sing along to at the the top of my voice!

As you’re well awards, this track has been topping the charts for a while now. You would think that the craze would have died down by now. Doesn’t look like it! Shobhit Banwait, a Canada-based musician, recently released a tabla cover of Closer by The Chainsmokers and oh boy, are you in for a treat! This talented musician started playing the tabla at an early age and, when he turned 13, his passion for music only amplified. Ever since then, he has been creating covers and performing at concerts across USA.

Prior to this, Banwait has shared covers of Sia’s Cheap Thrills and Calvin Harris’ This Is What You Came For. His renditions are unique because he adds a creative spin to each using his favourite instrument, the tabla. That’s exactly what he has done with Closer‘s cover version too. By adding an Indian twist to this popular single, he has reached out to a wider audience. He makes it look so easy! Besides, tabla covers are always so cool. This one sounds fantastic and shows you just just how talented Banwait is! As for me, I think I love this version MUCH more than the original!

Well, if you haven’t checked out this latest sensation yet, you can watch it down below. Seriously, prepare to be amazed!