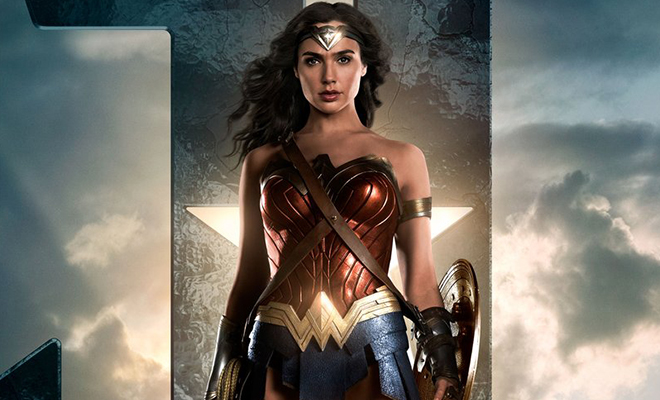 5 Reasons You Should Watch ‘Wonder Woman’ This Weekend

Anticipated as one of the biggest blockbusters of this year, this movie is going to win at the box office, royally.

We lost our senses when the first trailer was released, and those 3 minutes of awesomeness left us wanting for more. And tomorrow that wait will finally be over! If you aren’t as excited as we are at the Hauterfly HQ, here is why you should be and why you should book your tickets, STAT.

Apart from the lead (who we will talk about in a while), the film is as women-centric as any movie can get, and we couldn’t be more proud. The film is directed by Patty Jenkins, who is weaving magic behind the camera and is a total #GirlBoss.

Wait, there’s more! The film roped in real-life athletes to play the role of the Amazonian warriors, which really just escalates everything to another level. We will see American Crossfit champion Brooke Ence, Swedish professional fighter Madeleine Vall Beijner, and American boxer Ann Wolfe kick some ass in the movie.

Really, how can you not go watch this film!?

Diana’s (the name of Wonder Woman‘s character) story was set in World War 2 and looking at the current political situations, things look quite similar. But the original story has been given a few tweaks and the story in the films starts somewhere around 1918, when the first world war ended.

It will be interesting to see how that works out and whether or not the comic fans will take it in good spirit.

Every superhero, oops, I mean, superheroine movie thrives on excellent special effects, and when you have an Oscar-winning VFX supervisor on board, you know it will be worth it.

Bill Westenhofer has won numerous awards and has been part of films like, Lion, Life of Pi, Stuart Little, The Witch And The Wardrobe, just to name a few. Oh, it will be damn good.

Honestly, DC has had a few flops and its fans are really hoping that it salvages itself with this film. Even Suicide Squad didn’t give us any strong female character, much to our disappointment.

But looks like things are about to change and we can finally ‘marvel’ at this beauty! Hehe, no pun intended.

We’ve literally saved the best for the last. Gal Gadot should be reason enough for you to go watch this movie. She is making everyone crush on her so hard, and our own fangirling is at an all-time high. We had genuinely missed her after her character died in the Fast And The Furious, and we’re so glad she is back, that too, with such a loud bang.