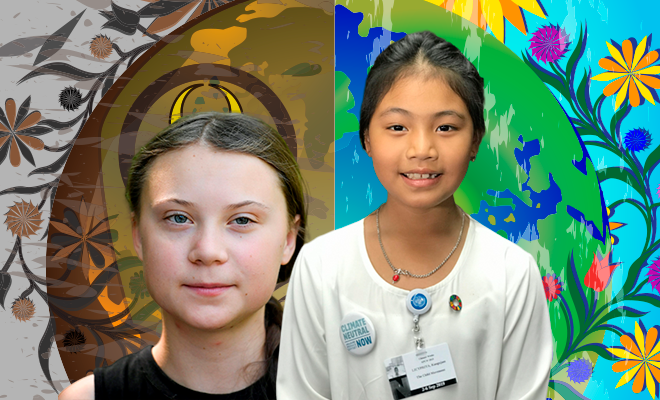 Licypriya Kangujam Is An Environmental Activist From India And She Doesn’t Want To Be Called ‘Greta Of India’. This Is Her Story

If there is one thing in life that I absolutely hate, it has to be comparison. From how much we scored in school, to our package in our jobs right now, the need to nit-pick, poke and compare two individuals runs deep in Indian society. And be as it may, while others take this incessant comparison and turn it into a fuel to do better, I simply think of it as futile, because two people will never have the same life story as each other, and can’t really be measured on the same scale all the time. A thought that resonated with eight-year-old climate activist from Manipur, Licypriya Kangujam. She’s being called India’s own Greta Thunberg and she doesn’t love the sobriquet very much. But we also know, that comparisons are inevitable.

The world today, is chipping away one melting glacier, one forest fire and one smoggy day at a time. The environmental cover of the world has constantly been depleting over the past few years and we have no one but ourselves to blame for this climatic apocalypse. And while most of us will talk about it and never consider turning that talk into action, there are young women around the world who started taking initiatives to bring about change.

One such role model in India, has been the activist from Manipur, Licypriya Kangujam who may only be just 8 years old, but her zeal to protect nature and her stance on doing it right, is as mature as ever. Recently, while she was compared to a fellow environmental activist, Greta Thunberg, who too has been know of her impeccable contributions, Licypriya did not seem to take it well, and we totally understand. After being called the “Greta of India”, Licypriya spoke up to make a befitting reply as she said, “If you call me ‘Greta of India’, you are not covering my story. You are deleting a story. ”

Dear Media,
Stop calling me “Greta of India”. I am not doing my activism to looks like Greta Thunberg. Yes, she is one of our Inspiration & great influencer. We have common goal but I have my own identity, story. I began my movement since July 2018 even before Greta was started. pic.twitter.com/3UEqCVWYM8

I first raised my voice to world leaders in Mongolia 🇲🇳 in an UN event in July 4, 2018. Since then I started my movement called “Child Movement”. In Hindi, we called it “Bachpan Andolan” to call our world leaders to take immediate climate action. pic.twitter.com/79IQzQm2Sn

Being called Greta of India here, and Greta of the South in Madrid, the young environmentalist was certain to make it clear, how the two were completely different, and equating one to another, shall only overshadow the story she so strongly yearns to tell the world. She took to twitter and wrote, “Stop calling me ‘Greta of India’. I am not doing my activism to look like Greta Thunberg. Yes, she is one of our inspirations and is a great influencer. We have a common goal but I have my own identity and story. I began my movement since July 2018 even before Greta had started.”

Licypriya then went on to talk about her own journey, very different from Greta’s and wrote, “I first raised my voice to world leaders in Mongolia in an UN event in July 4, 2018. Since then I started my movement called “Child Movement”. In Hindi, we called it “Bachpan Andolan” to call our world leaders to take immediate climate action.”

So for the last time, her name is Licypriya Kangujam and this is her story.

Also Read : Rangoli Chandel Called Out Priyanka Chopra For Her Appreciation Of Greta Thunberg. This Woman Needs To Stop