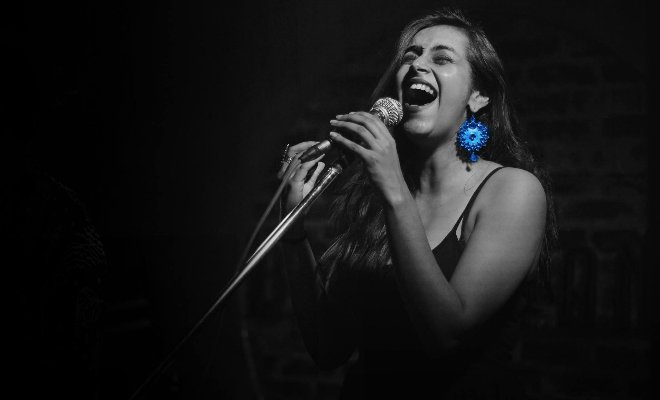 #HauteSounds: 5 Indian Female Artists Who Should Be On Your Playlist

It’s been 3 days since we celebrated International Women’s Day, and we’re making sure that the buzz does not die down. This week’s #HauteSounds isn’t about a new album or a major collaboration.

This time, we present to you 5 Indian ladies who are slowly making it big in the music industry, and should most definitely be on your playlist.

Trust me, you’ll be amazed and wonder why you haven’t been listening to these lovely ladies on loop already.

Famously known for starting the Komorebi collective, this Delhi girl found a niche genre and made it her own. A keyboardist, somehow she connected with the nitty gritties of Japanese music (even though she’s never been to Japan) and gave it her own flavour to produce something beautiful.

While you listen to her music above, know more about her here. You may not understand the lyrics, but it will take you for a soulful ride, nonetheless.

Another girl from the capital, Kamakshi shot to fame after her stint on the reality show, The Stage. Since then, she has started two bands, Kamakshi Khanna Collective and River, in collaboration with other musicians.

She recently released her album, Cakewalk, which has been highly appreciated by the audience and critics, alike. Moved By Stillness is one that has gained immense popularity and once you hear it, you’ll know why.

This 23-year-old versatile musician is hitting all the right chords with her music and smile. She is a performer, songwriter, guitarist, drummer, and so many other things, but what she also is an amazing human being.

From performing at college fests to now being busy with gigs every day, Aarifah is a name that Mumbaikars are getting used to. Hear her song Now She Knows and lose yourself in her goosebump-inducing voice.

Based in Bangalore, Tanvi Rao creates music with her husband, Rahul Giri, and together their project is known as the Sulk Station. A perfect example of when classical music meets electronica, this duo is a sensation down south.

Tanvi’s vocals are in sync with the music and perfectly complement the beats. Ready to fall in love with her voice?

Lead vocalist and founder of the indie band, The Ganesh Talkies, Suyasha is making her mark in a man’s world. Right from when they released their first album in 2012, people knew that this girl will be on fire.

After having performed at different music fests across the country, like NH7 Weekender, this band, and especially Suyasha, has made it to our favourite’s list. The band’s music is more of an addiction and can easily put you in a trance.